Things Found While Exploring by LordDominic 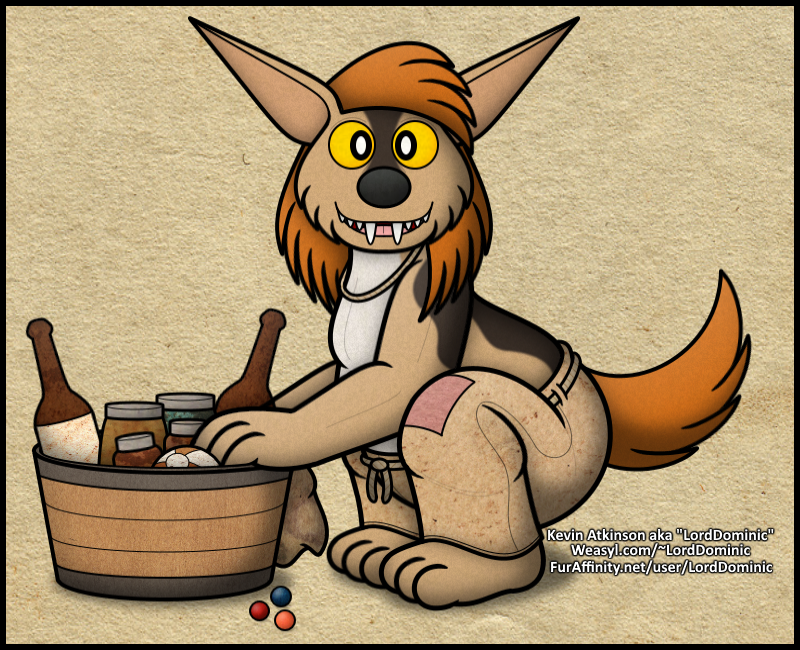 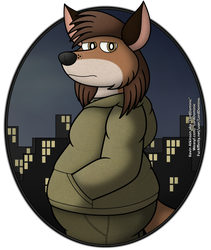 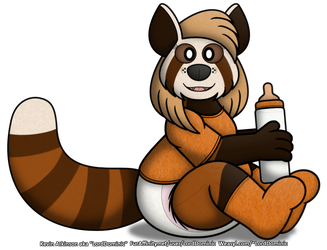 Little junkyard pup Joey, posing with a basket of things he found while foraging--a few glass bottles, a couple of jars, an old ball and some marbles among the treasures he's discovered this afternoon.

Joey is among the first 15 or so characters I created back in 2004 when I first started doing "cartoon animal" stuff, a youngster from a rather unique region of Geoterra--the Junk Fields bordering the massive Industrial District, a large, heavily industrialized city. The Junk Fields exist to hold all of the waste generated by the Industrial District and various towns and cities nearby, but are also inhabited by a number of scavengers and scrappers.
As the efficiency of the Industrial District increased over the years, and the environmental impacts of manufacturing became more clear, recycling became an important industry of its own--and the scavengers inhabiting the Junk Fields make a surprisingly good life for themselves by foraging for recyclable materials to sell to the recycling plants, while making small homes and villages from the various discarded materials found within the junkyard.

Some very old art of mine depicted Joey and his father, who goes by the nickname "Roadkill", standing outside their home, which was made from an abandoned van or truck and included a small flower bed made from an old tire. Another drawing from early 2006 shows Joey and one of his friends looking across the canal at the Industrial District, perhaps after a day of exploring and collecting. However, despite being an idea I did find quite interesting, like many ideas of mine I just sorta stopped pursuing it for a while when I moved on to other things.