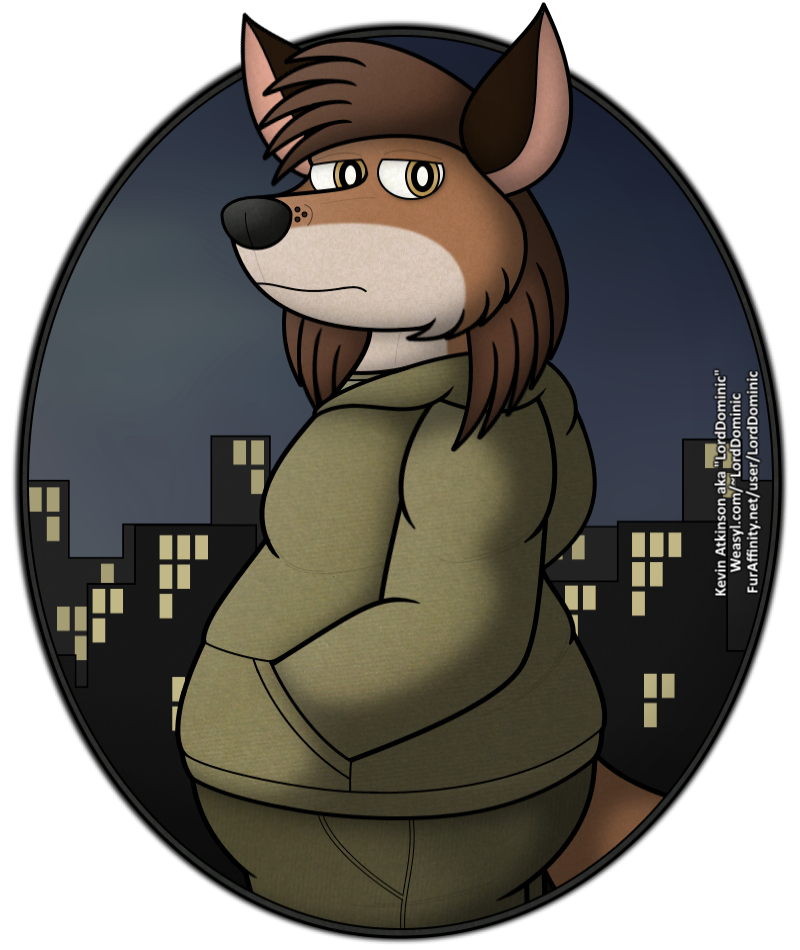 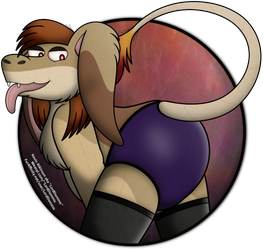 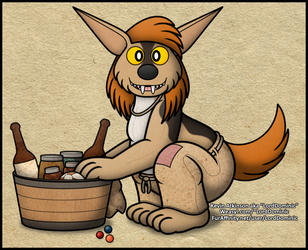 I was in the mood to draw something more "serious" and "moody" in between the sillier/kinkier stuff, so I decided to draw Farley Reynard for the first time in four or five years...

Some of you may remember Farley from that time back in 2015 (or 2020 for my Weasyl/FurAffinity watchers that were exposed to my older art during my migration from DeviantArt) when I was setting up a cast of canine soldiers for general "army buddy" shenanigans. Most, however, probably remember him from that one drawing of him tied up, that attracts bondage fetish people who will give me a follow based entirely on that one picture, and then unfollow a week later when no new bondage art comes.

Farley Reynard is a 22-year-old vulpine private, and the group's "straight man" in contrast to the clumsy and awkward wolf Rollo Randolph and the goofy and cheerful husky Caleb Connor. Most of the art of Farley featured him in a more somber and serious mood, hinting at deeper characterization that was never revealed, partly because he was the "quiet and reserved" guy that didn't talk much to begin with, and partly because I just never figured out much about where he came from or who he was at the time.

Most of the character development I did for him actually came about after I seemingly forgot about him--based on his coloration and name (I basically use "Reynard" as the vulpine equivalent of "Smith" or "Johnson", a very generic and common surname used by the vulpine race), I decided he's Zachary Reynard's older brother, and then things started to fall into place.
With this new direction, this meant that alcoholic bum Peter Reynard was both Farley and Zachary's father, and a lot more about Farley started to make sense to me--his constant worry about his family back home seems much more justified when he's concerned both for the well-being of his father and his brother, and his less-than-stellar home life probably meant that Farley didn't have a whole lot of prospects beyond dead-end jobs or joining the military. At least the military is a steady paycheck and provides some benefits, maybe even giving Farley a way to do something with his life once he gets out, but it does mean he left his father and younger brother behind without him in the meantime.

Some older art of Farley features him being wounded in action, and the aftermath as he recovers in the hospital, so it's possible that he ends up with an honorable discharge and is able to return home to his family.
Perhaps that's why he's wearing his usual somber look here, thinking about what the future holds for him as he takes a walk to clear his mind... or he's headed home on leave, and worried about what he may (or may not) find when he walks through the door.