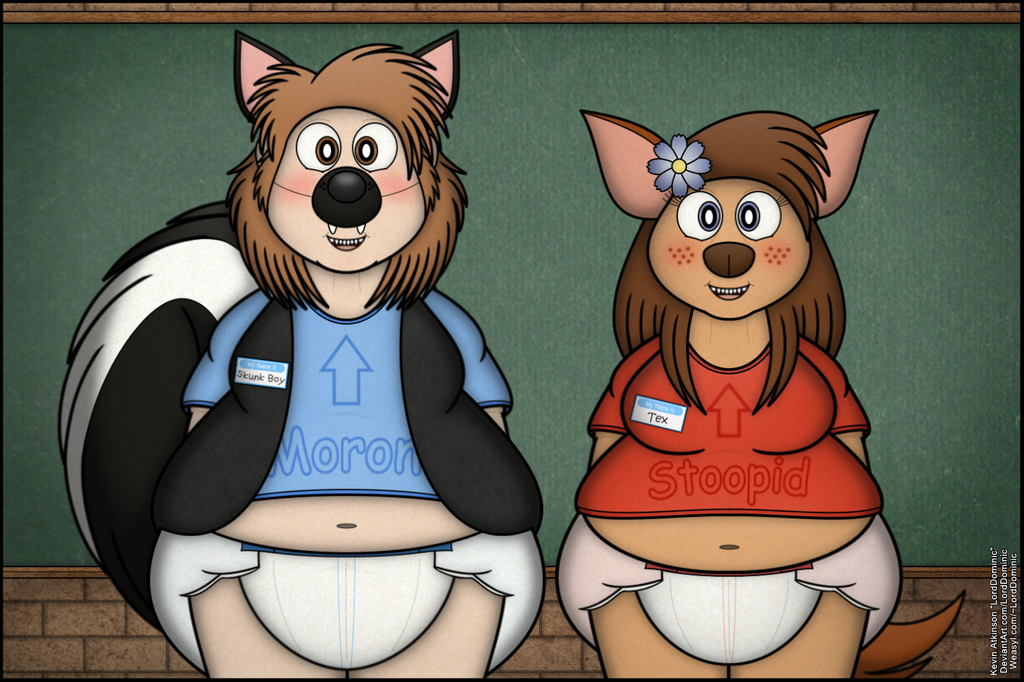 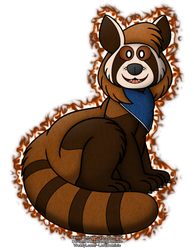 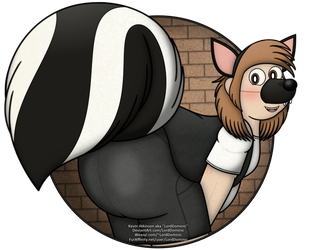 As the students settled in at their desks, the teacher stood up and walked to the door.

"Class, you're getting a couple of new classmates!", the teacher announced, giving a stern look as they ushered the new arrivals in, and pointed to the chalkboard at the front of the class, instructing them where to stand.

"Say hello to Skunk Boy and Tex", the teacher continued, as the two diapered dorks blushed profusely, awkward and embarrassed grins on their faces as they stared out at the kindergarten class before them, frozen in fear and embarrassment as some of the students snickered and giggled, while others greeted them as instructed.

"Alright, you two..." the teacher said, a stern expression on their face even now, "introduce yourselves to the class, and then you can have a seat."

The duo of diapered dorks continued standing there sheepishly, each waiting for the other to speak up first, as their new classmates stared at them...

After drawing these two in their respective outfits, I thought it would be fun to introduce them to the class together.

This is the last of the things I made before starting my Fur Affinity account, anything from here on out will feature all three of my art sites in the signature/watermark as I transition away from DeviantArt permanently (although I do still wish to maintain some sort of minimal presence there if possible).