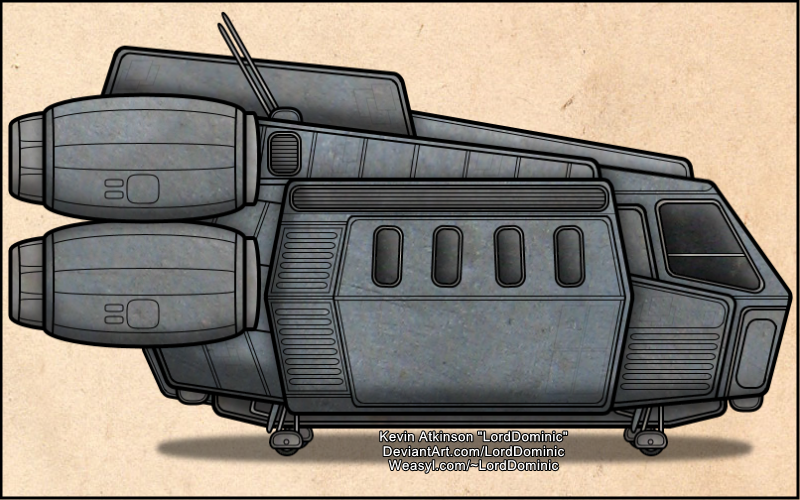 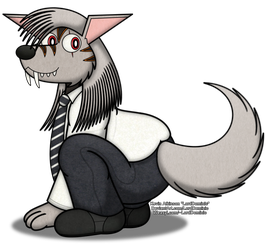 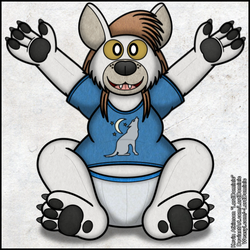 The Cygnian Federation's Vega V-Series, commonly referred to as a "Jeroban Junker" by other races, is a very common Jeroban spacecraft.

This is the V-100 series, a highly adaptable, configurable, and customizable craft suitable for use as a van, shuttle, cargo transport, or a number of other uses. This is the base model, a pretty generic "space van" so to speak, without any major modifications or weaponry. It features four main thrusters, a repulsorlift, an aerodynamics field projector (which doubles as a light deflector shield projector during space travel, as the technology is incredibly similar), and when not being used as a spacecraft the repulsorlift has a low-power setting that makes it useful as a hover-car when you just need a big van and not a full spaceship.

There does seem to be a bit of interest in my world-building stuff when it comes to vehicle and weapon design, and I find that highly encouraging when it comes to posting art of such things. It's nice to take a break from typical "furry art" sometimes and flesh out the universe they inhabit a bit more.