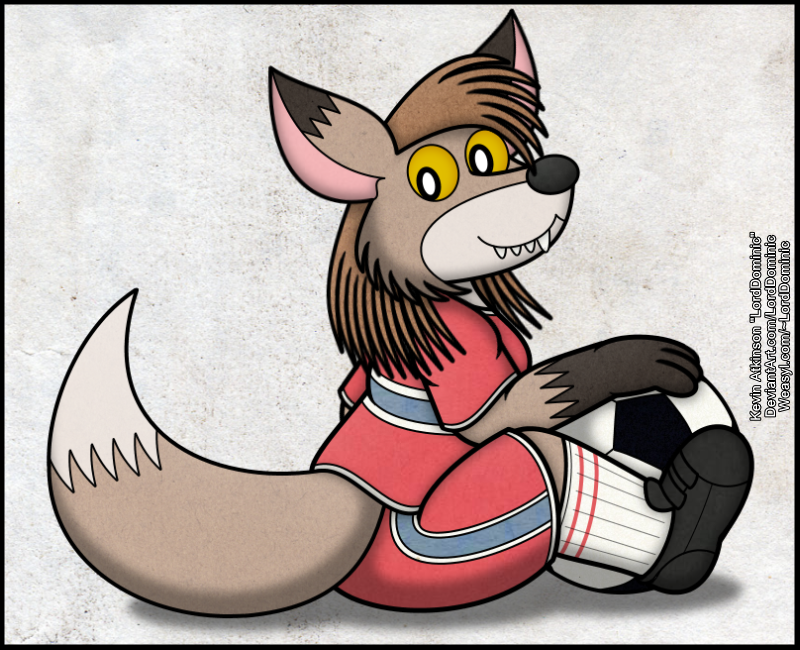 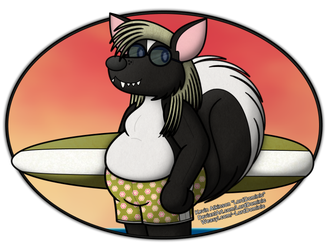 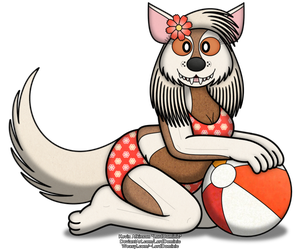 While cross-posting art over to Weasyl, a user there took interest in him, to the point where he actually drew this little guy as part of a scene with one of his own characters.

As a result, I decided to try updating him a bit, it took a bit longer than I would have liked, but I finally did it! His new outfit is sort of inspired by what my friend over on Weasyl drew for him, and I thought soccer would be a good sport for this little guy... so here he is, in his sports uniform, holding onto the ball.

I enjoy drawing young characters sitting in this sort of pose, holding an object that makes them happy.