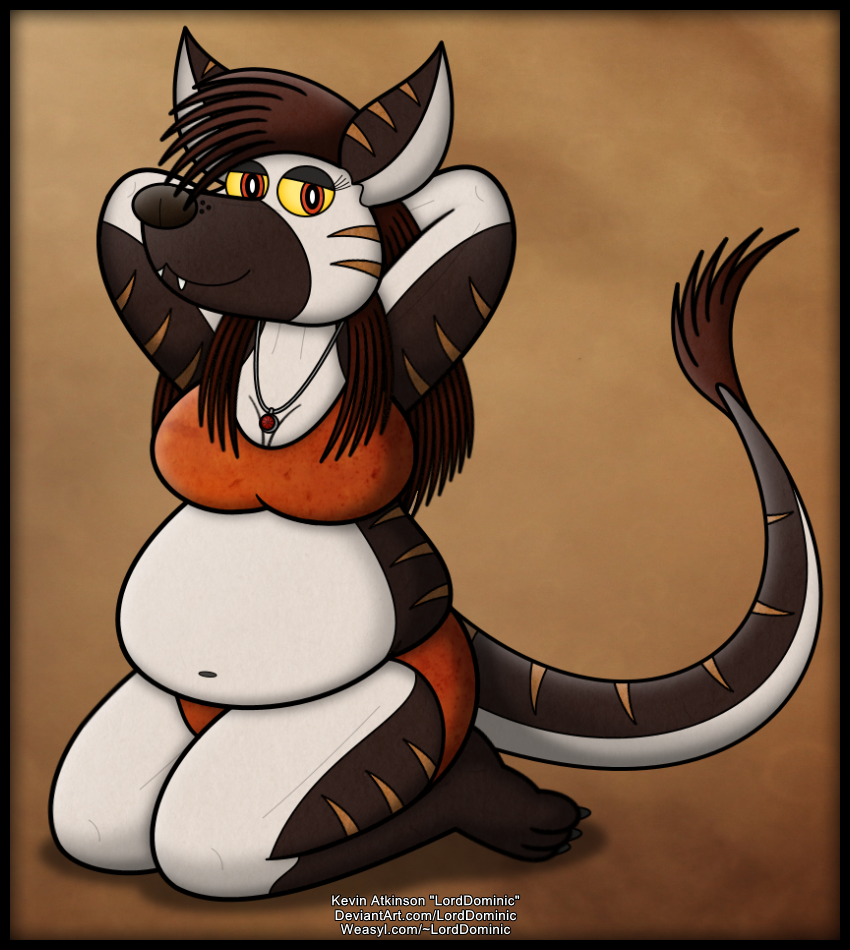 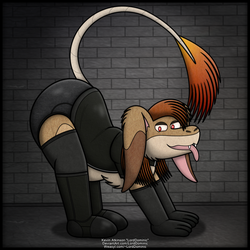 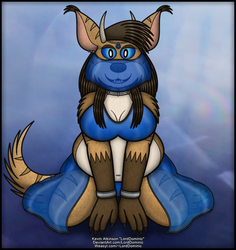 2019 art, I felt like designing another Keahi female, and this is the result. While initially I felt like her color scheme was a bit too similar to Fierra's, it kinda grew on me... Also, this is a character I actually planned out, rather than just being a random one-off "let's play with designs and see what sticks" sort of affair.

"Tondra" is actually an Esperanto name, meaning "Thunder", which is probably appropriate for her... both due to her size, her confident and assertive personality, and the fact that I intend for her to be a soldier.

The Keahi homeworld goes by the name "Keone", and unlike Fierra and Ikaika, who are part of an offworlder population living on a group of tropical islands on Demeter, Tondra here actually hails from the homeworld.