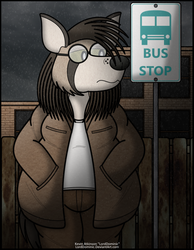 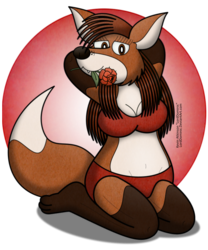 2018 art, and something a bit out of the ordinary for me, but something that is actually relevant to some world-building and lore I don't elaborate on often. While it may not be of much interest here, I feel it deserves to be cross-posted to this gallery as well.

The original description from 2018 sums it up pretty well...

Constructed in the not-too-distant past by the Geoterra Defense Alliance, the Hildegard-Class Orbital Defense ships are large, heavily-armored vessels designed to defend the planet from potential extraterrestrial threats. Built in response to a sudden surge of suspicious activity ranging from the discovery of fragments of intelligent radio transmissions from distant stars, to alleged fly-bys from alien craft, and even rumored alien visitations and a possible spacecraft crash, 10 of these ships were rapidly constructed, although only 8 ever made it into orbit, with one suffering mechanical problems and falling into the ocean, while the tenth and final one constructed was never completed, and was instead converted into a headquarters for the Defense Alliance.

However, the hysteria surrounding UFOs gradually died down, and attention shifted back to problems on the planet itself. The ships became a low priority, with the majority of their crews returning to the planet and a great deal of the funding for the programs cut off. However, the ships proved useful for a number of peaceful applications as well, from providing a convenient location for telescopes and other observation and scientific equipment, to serving as massive orbital communications relays.
Of course, conspiracy theories still float around, ranging from speculation that the Hildegard ships were built using knowledge from reverse-engineered extraterrestrial craft or even information provided by offworlders, to rumors that there is actually somewhat routine communication with, and even visits from, offworlders, largely kept secret from the general public, and even the occasional speculation that the whole thing was a hoax to justify putting several massive ships in orbit that could one day have their weapons turned against those on the surface.

Armed with numerous turrets, missiles, and a devastating mass-driver cannon as the primary weapon, these ships remain in orbit, waiting for a threat that may simply never come.