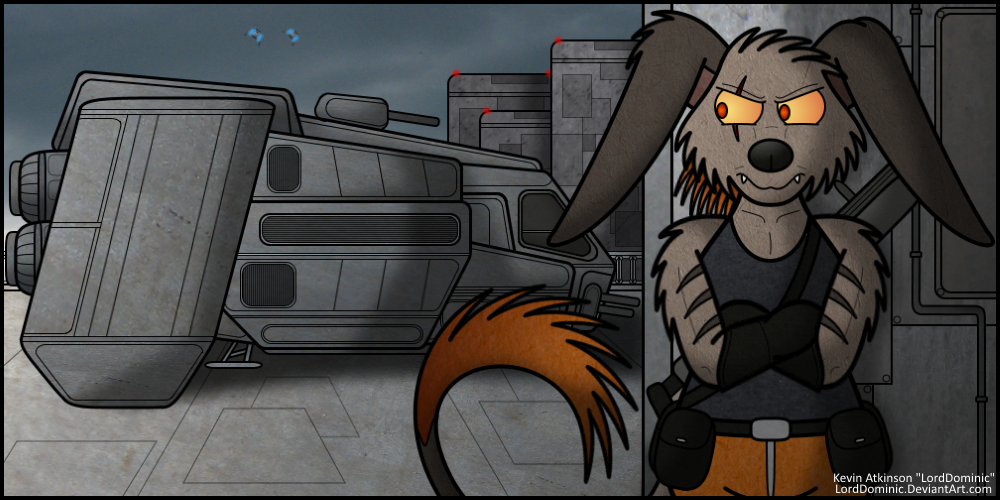 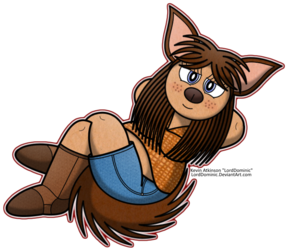 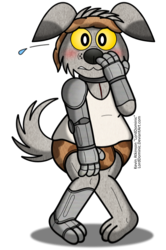 Rigel loitering around on some nondescript landing pad, his ship parked in the background.

The ship is a Cygnian V380 Vega, an incredibly common model of light freight shuttle in his neck of the galaxy. Common, cheap, and very easy to modify for a variety of both legal and illicit activities, the Vega is very much the "generic van" of Cygnian space. Common uses range from cargo delivery to being fitted with additional seats to serve as passenger shuttles or being outfitted with beds for use as "space campers", although the robust craft is also ideal for use as a small assault craft of sorts if equipped with weaponry and shield generators.

Rigel had the good sense to, *ahem*, acquire one that had been modified for use as a prisoner transport during his one of his more recent prison escapes, which already came equipped with a few plasma cannons and a shield generator.

The bland, generic appearance of the ship actually works to his favor, as it's far more difficult for law enforcement or bounty hunters to pick it out from the hundreds of near-identical Vegas flying around at any given time.