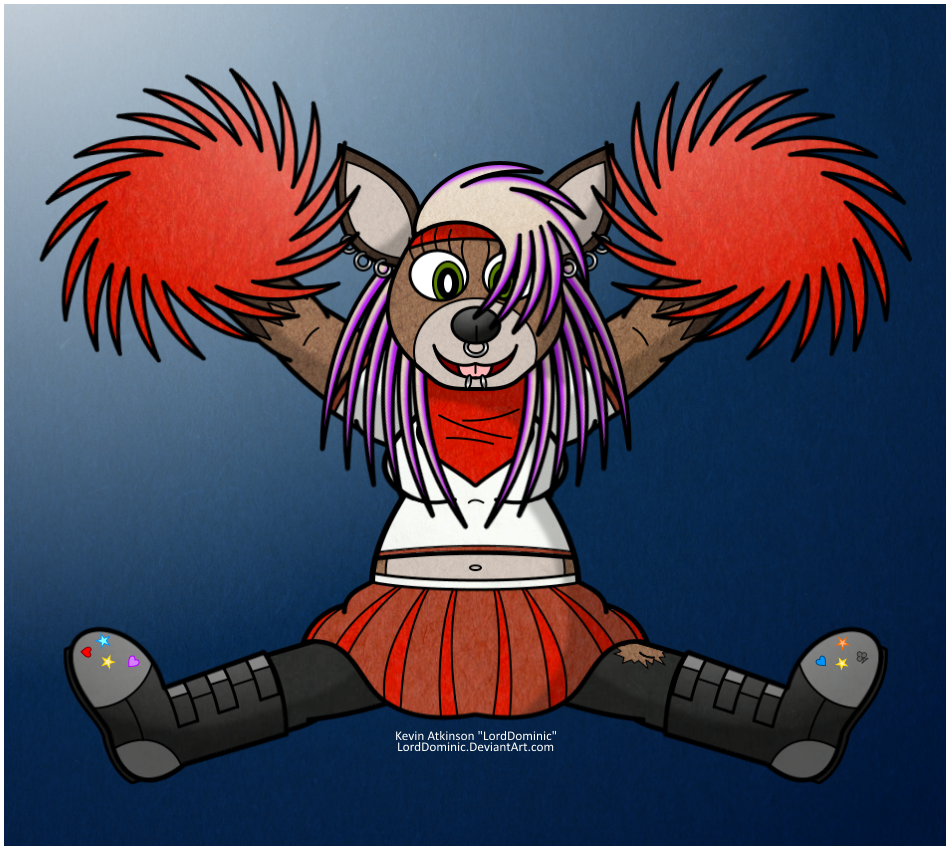 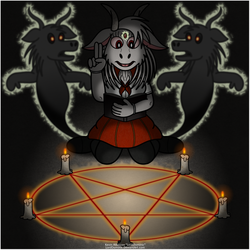 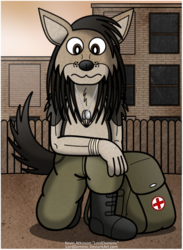 I was introduced to the (what I now believe to be defunct) "Fursona Generator" back in late 2015, a sort of random prompts generator, and made a sort of series based on prompts it kicked back.

The prompt for this one was:
scene deer. it loves to wear combat boots with cute stickers all over them. it is a cheerleader.

Not much to say here, just a high-school cheerleader deer. She went on to be named Blythe, is Chloe's younger sister, and hangs out with Alexis and Circe.
I based her cheerleader outfit on an older picture of Alexis where she's dressed as a cheerleader, as they both go to the same school.