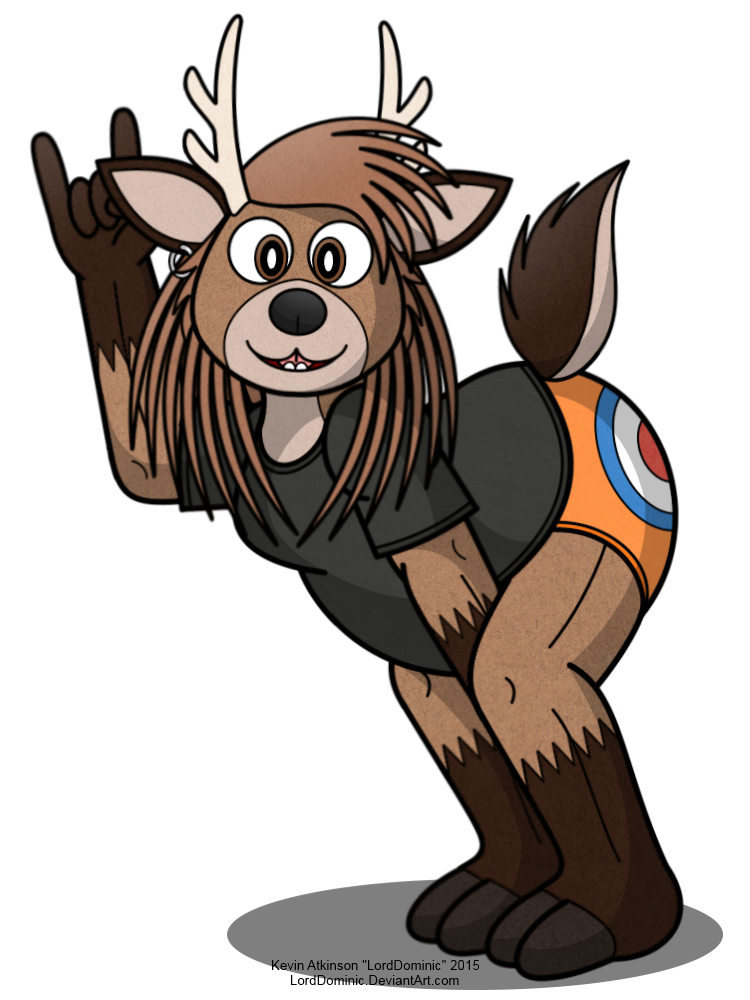 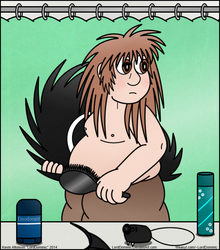 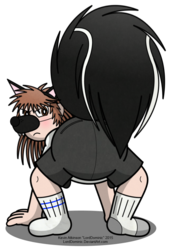 2015 art. The origin of Buck Donner, my fat gay alternate fursona.
The original description sort of teases at this being my intention with him, although I hadn't yet made it official.

Something I drew because I was bored and stuff...

I totally have a thing for gay deer boys with those undies with the target on the butt I guess... and it's hardly the first time I've drawn a character that sort of represents myself like this. This whole "target undies" thing originated with a picture of the proto Skunk Boy wearing antlers and a deer tail and nothing else but briefs like those being hunted by Elijah moose, who was wearing a hunter's outfit.

Maybe I can use this one as an alternate fursona since I really love this character's look for some reason and it probably wouldn't hurt to have an alternate gay persona character. Anyone who looks at my gallery for more than 15 seconds can probably tell I have at least some interest in (anthro/furry) dudes.

As if people didn't have a hard enough time understanding that the horned skunkdog is just a transformed version of Skunk Boy so they are the same character, I can introduce an alternate "fursona" completely unrelated to that to further confuse people!