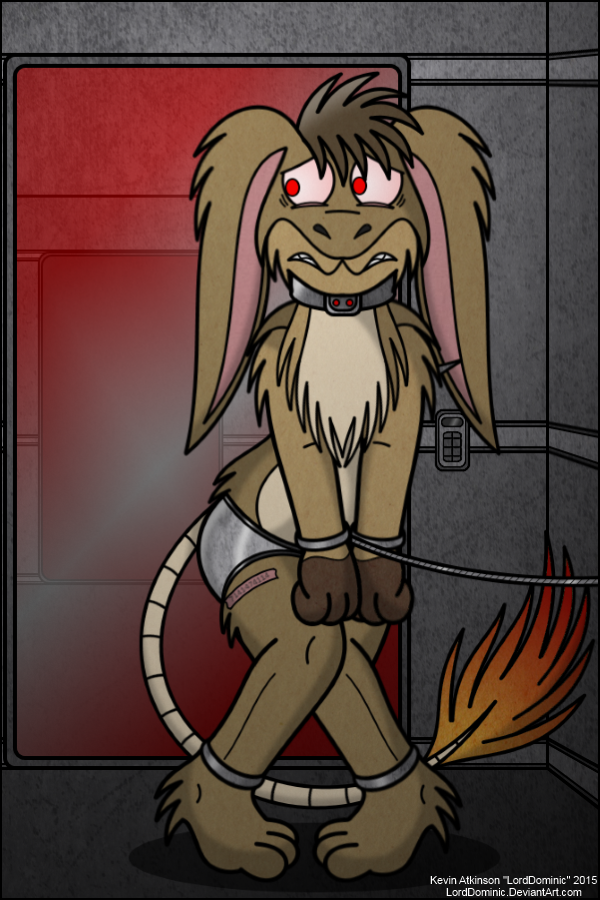 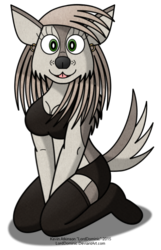 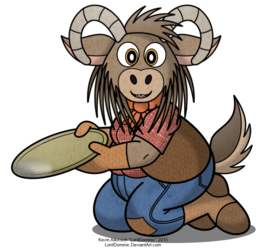 This was the first time I referred to him by what would go on to be his canon name, Deneb. That long number he has tattooed on his thigh is just too much effort to type out. I also described the prison ship's cells a bit in the description.

Convict # 714-147-4114 finds himself back behind the forcefield doors of a cold, grey prison ship once again.
He doesn't seem all that happy to be on his way to the maximum security solitary confinement cell he's been sentenced to spend the next 475 years confined to, maybe he can get that knocked down to 300 years with good behavior or be sold off as a slave at some point, although the last several times he was exiled to labor camps and/or sold into slave labor he escaped. Too bad the cell they'll be sticking him in is pretty much a metal closet and doesn't even come with a bed or bench, at least he's used to sleeping on cold metal floors with as much time as he spends behind bars, metal blast doors, energy forcefield doors, in those transparent containment/transport tube capsule things, and whatever else passes for a prison wherever he finds himself incarcerated.
At least the judge decided not to carry out all 12 death sentences he had facing him. And, as an added bonus, he gets the standard uniform of shiny space-prison briefs, and he might even get to eat once in a while.

It's been a while since I've drawn him in a situation that reflects his nature as a criminal, so I thought it would be a good idea to get back to doing so.
I may have found a good name for him, though: "Deneb". It's the name of a star in the constellation Cygnus and derived from an Arabic word meaning "tail". Seems appropriate, this guy has quite a long tail.