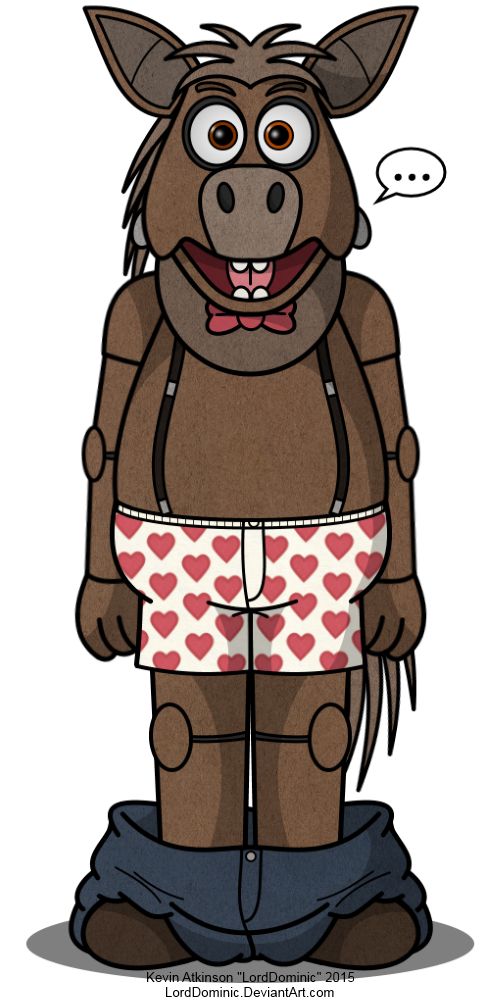 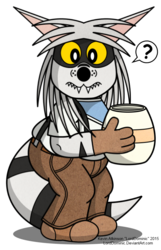 2015 art, something for April Fools 2015.
I must have been getting bored at this point, resorting to drawing robots with their pants down...

What could be more appropriate for April Fools Day than Harry Horse looking like a fool with his pants on the ground?
It's much harder to take the whole "creepy animatronic" thing seriously when he has his pants around his ankles...

For a while, I've been planning on one of Harry's traits being suspenders with a release mechanism that can be triggered to allow his pants to fall, adding a bit of physical comedy to shows. Like everything else Possum County, it's a bit erratic and prone to malfunction, meaning sometimes they fall down at inappropriate times. These boxers are the "standard" underwear of the male Possum County characters, white with red hearts that match their bowties (the bloomers Penny and Carrie wear will have the same pattern as well).

A bit more trivia: Harry is mute, aside from occasionally making a drawn-out, droning mechanical "aah" or "duh" vocalization.