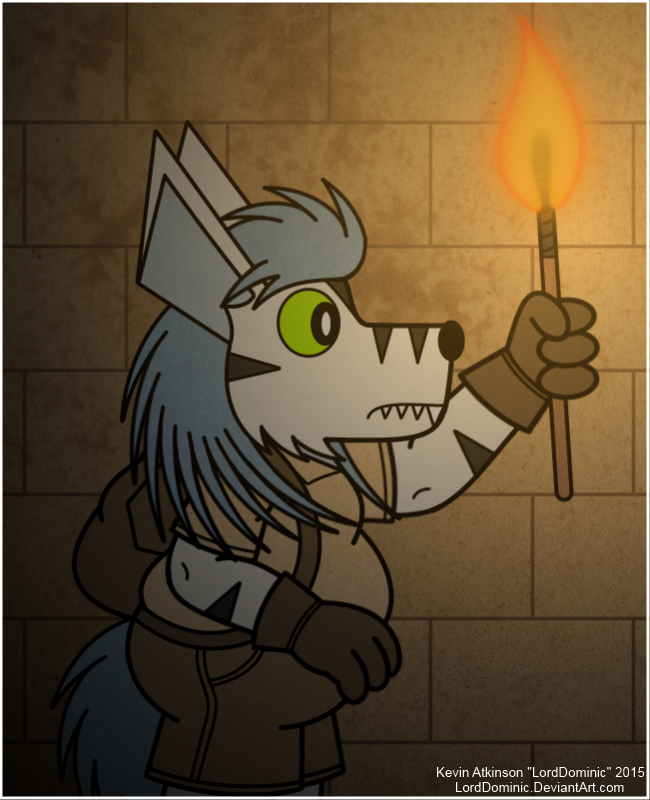 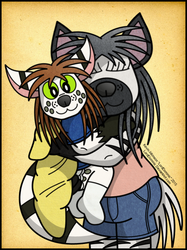 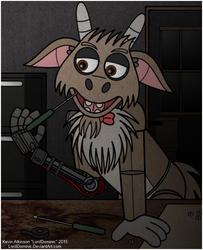 Harry's an archeologist, the sort of guy that seeks out desert ruins to explore and study, and maybe get into some hijinks involving ancient curses or booby traps or bad guys. That probably means at some point he'll wind up getting stung in the butt by a scorpion or mummified by a cursed sarcophagus or being chased by hostile natives or caught in some sort of booby trap or any of the multitude of other comedic (and embarrassing) mishaps I could come up with based on the premise of "what if Indiana Jones was a silly cartoon dog rather than Harrison Ford (and lacked a fedora and a whip)?" and "what sort of funny and possibly-a-fetish-to-some situations could I subject a cartoon archeologist to when they are doing explorer things?"

But for now, he's carefully navigating the dark halls of a long-forgotten pyramid somewhere out in the desert. What adventures might await him?