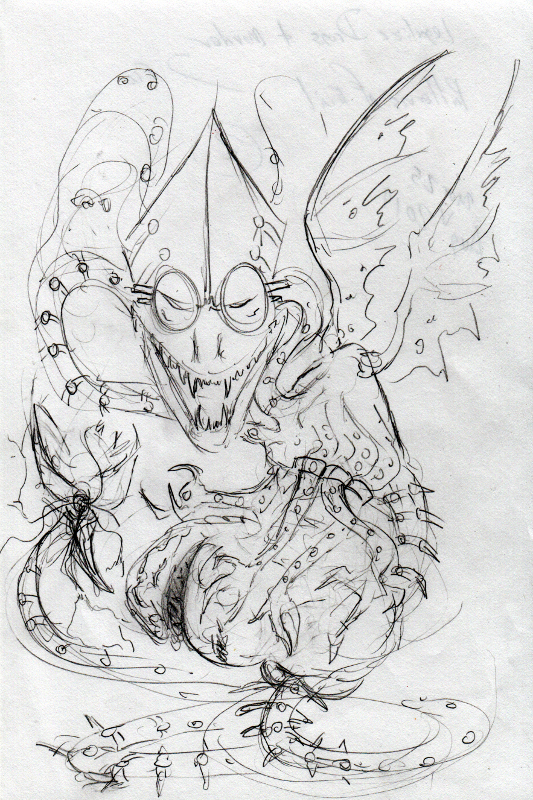 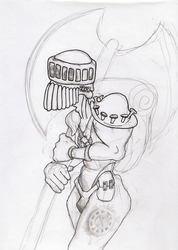 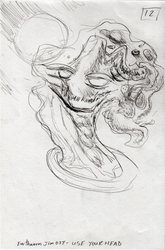 If I can find where I put the physical copy of this, I might finish it. One of a series of thumbnail drawings from Aug 24 or 25 2014. "LC_Thumbnail Adventures_0_2.jpg"

Seems to be some Powersync-morph perched on and clutching a brain. Surreal and not something Powersync actually /is/...except for in the psyche of someone it may have entered. Probably if they were not entirely comfortable with that happening. Or maybe as Powersync is seen in a nightmare. Probably someone's fear of having their mind exposed to someone else.

I don't yet have a very good drawing of Powersync with its interfacing tentacles out. ish. Sort of. Anyway the tentacles enable it to hook up to another transformer's mind and look around in there. Powersync, a psychologist, took Shockwave's technology and improved on it, now using it as a powerful tool in its study and treatment of the psyche. It's learned how to effectively lucid dream in someone elses' mind, typically taking an avatar of the host along with it. I doubt it appears like this to most hosts, as it prefers to get consent before just plugging into someone's privacy, but even with consent, fears remain. It also likes to hunt fears.

This was apparently drawn to Legalize Drugs and Murder and Patterns of Evil, both by Electric Wizard