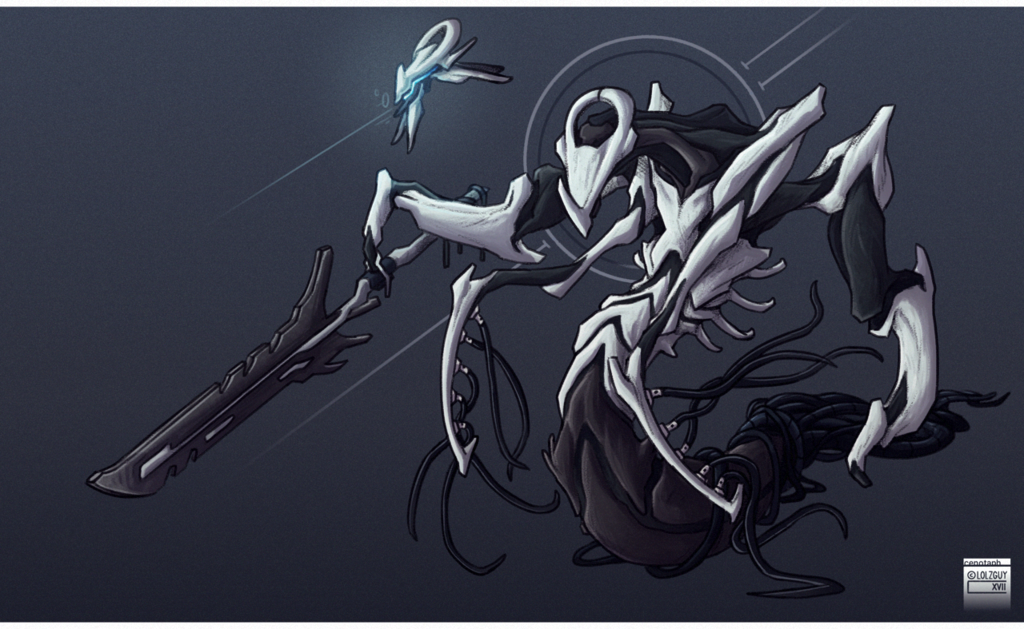 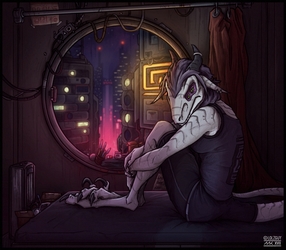 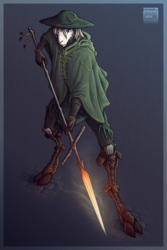 Robot design for "Cenotaph", a shared sci-fi-fantasy setting I am working on with https://www.furaffinity.net/user/lethaldoors

The Guardians are ancient, age-old machine beings patroling the interior of the giant bridges spanning the void Cenotaph is set on. Their origin is unknown, as they have been holding intruders back from interfering with the bridges' interiors for eons. It is very likely they were created by the same beings that built the bridges, as they will hunt down anyone who dares to steal or manipulate the leftovers inside the bridge superstructures.
Small drones apparently serve as their eyes, tracking down intruders who find an entrance on the surface quickly. Their true intentions remains unknown, while they have been seen interfering themselves with a black, seemingly sentient liquid called "Ichor" leaking from the skies, engaging in hostile combat with the beings the Ichor generates from itself.