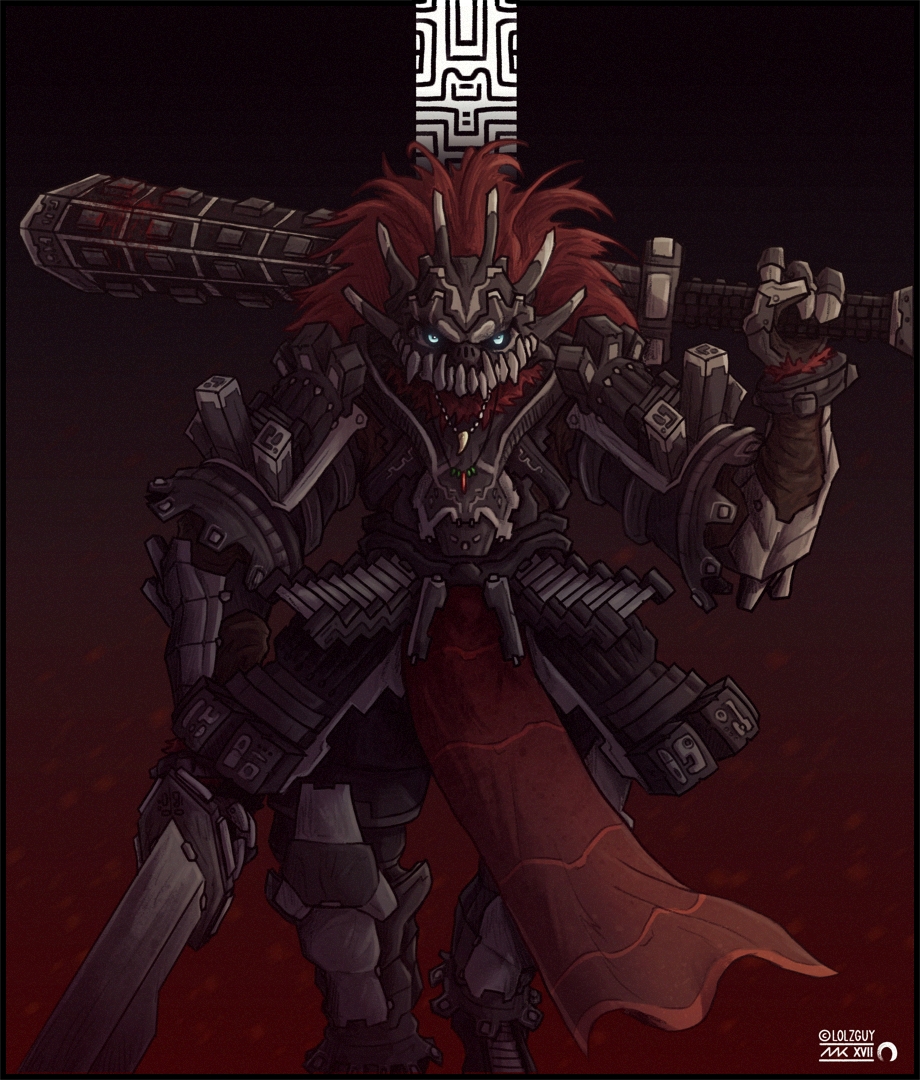 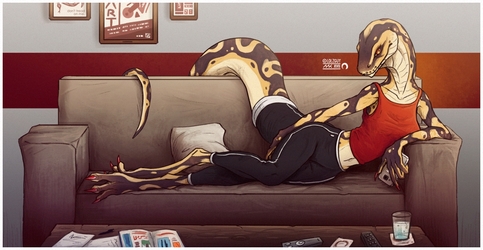 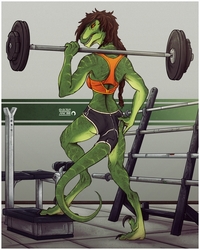 A character design from a sci-fi-fantasy setting nicknamed "Cenotaph" I have been working on with a very good friend for quite some time, who has mostly written the following tidbits of info and made up the design here initially.
Cenotaph: An empty tomb or a monument erected in honour of a person or group of people whose remains are elsewhere.

The character here belongs to a race called 'Storen', some sort of foo dog people living on the remains of a dead ancient war machine from a distant past stuck between two "Bridges", the core element of geography in the universe of Cenotaph. There are no real landmasses or even planets, and instead various gigantic and monolithic straight Bridges of a clearly artificial origin are criss-crossing the empty universe, suspended in a strange gel-like substance that keeps everything in place, including debris floating in the void from the remains of ancient times. The surface of those Bridges are varying biomes inhabited by different species, while the maze-like interior of the bridges is veiling long lost forbidden knowledge and technology in their depths...

The storen are a mighty race who have developed not on a Bridge at all, but the remains of a fallen titan spanning between two Bridges. The titan itself has been virtually overtaken by nature, most predominantly in a massive, autumn-hued forest. Very few traces of the titan remain visible, the machine so large that it would only be possible to take in from another Bridge altogether. The heavily-forested area would be able to export much wood, and the storen themselves utilize much of it for their own purposes. Without any ore deposits, the storen rely on their metals from outside sources, be it trade or from mines located on the Bridges their titan is wedged between. Traditionally, storen full-plate armor is a very rare and revered thing. Ornately-crafted, each suit is a work of art as the amount of metal required to produce such a thing is both incredibly expensive and difficult to come by, dating back to before the discovery of their more ore-rich Bridges.