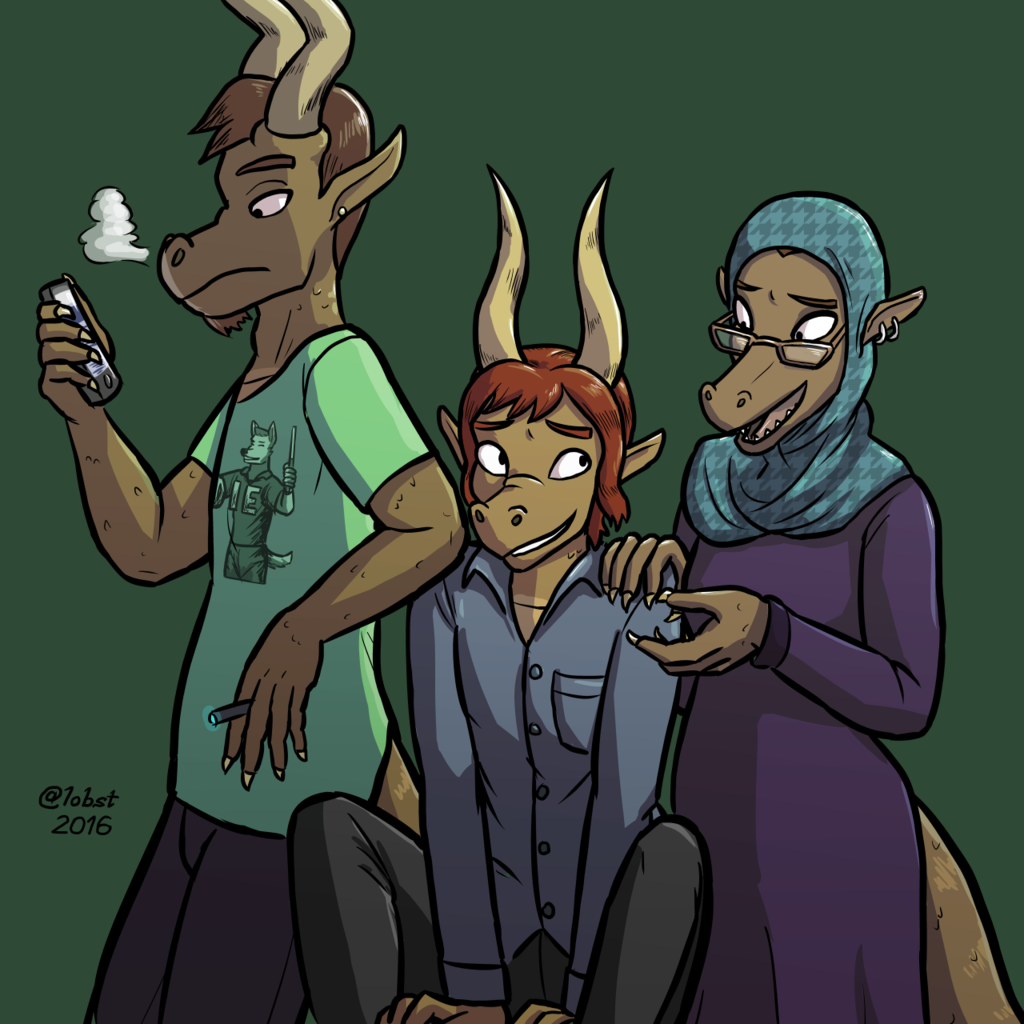 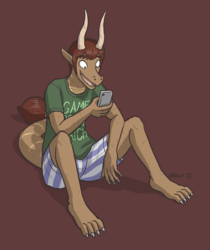 So hey, this is a thing now!

In my comic worlds, creatures of all species have a vestigial third medium on their spectrum of sex traits, commonly associated with the X♎ chromosome pairing. The null sex, as it's called, is identified in human variants by its wide hips, flat chest, androgynous voice, and complete lack of the external or internal genital components homologous to non-smooth people. Despite this, null people are just as romantically and sexually active as their reproductive counterparts.

Nulls (pronouns: they/them or ve/vis/ver) are somewhat less common than men and women. Given the common chromosome pairing, the null sex is its own thing -- no more “in between” dyadic maleness/femaleness as maleness is between null and female. Given their inability to contribute to the gene pool, null people throughout history have faced significant pressure to be helpful in other ways, to the point where up until the early 20th century, nulls held a high bar as service personnel for the ultra-wealthy across the globe. These days, null people in all social classes hold all sorts of careers -- but depictions of null service still exist in media, which can make it difficult for some nulls to shake off the concept of service as a romantic ideal.

This all adds up to Malak Al-Fakeeh, full-time house manager and personal assistant to esteemed writer Patrick Lavelle, feeling like they won the career lottery.

(additionally: this renders the description for malak's first image non-canonical. haven't come up with a guide on null-gender terminology yet, though I am in favor of brother Omar and sister Fatima here calling Malak their “emmer”! thanks, nonbinary.org!)