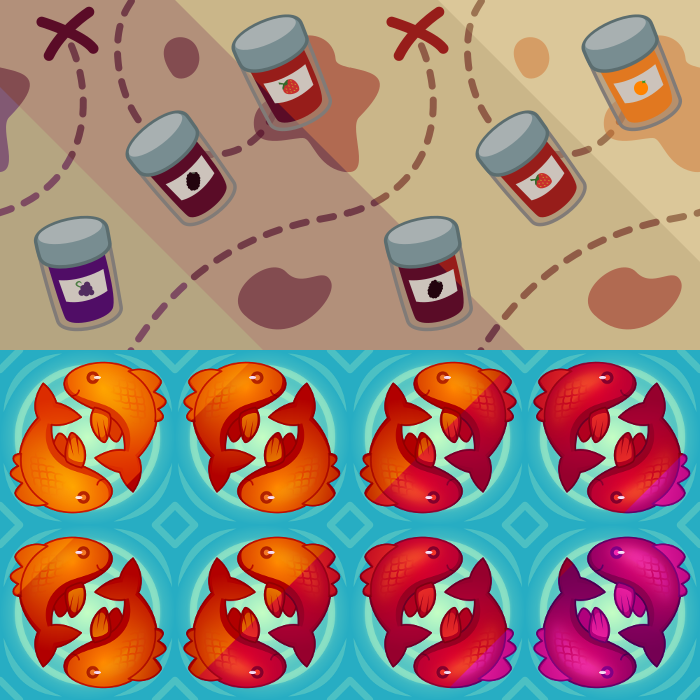 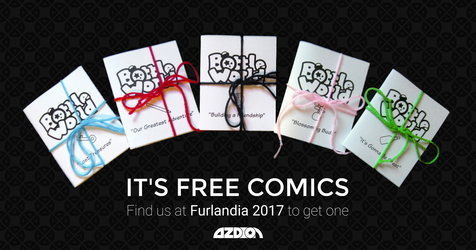 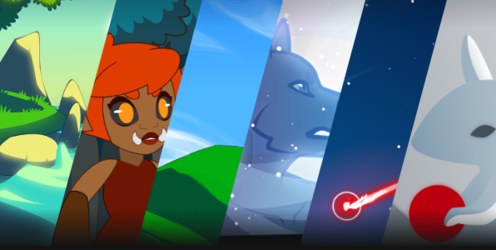 A couple patterns I did for Bottle World: Explore!

'X' Marks the Jelly (in grape jelly, blackberry jam, strawberry jam, and orange marmalade) from 4E: Try the other path.
Pretty Fishes (in gold, orange, red, and purple) from 4A: Keep going left!

These ones never got unlocked during the adventure, but they were fun to do!! and with the release of the adventure book they are now available to download 🍓🐟