Lost her shoe at the show by LizardWarrior 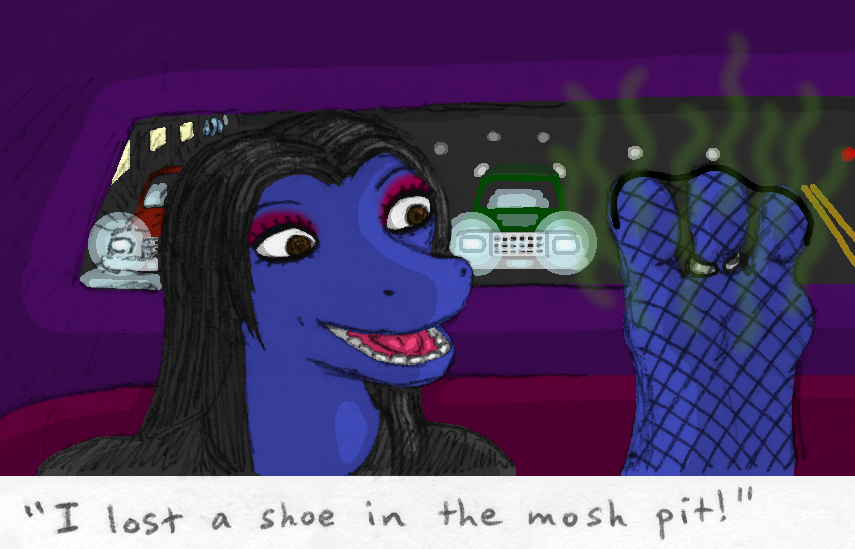 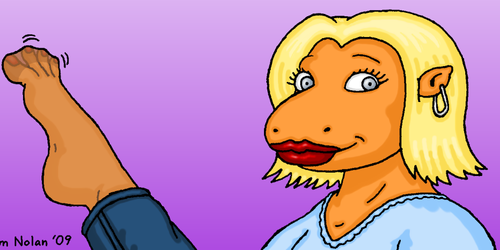 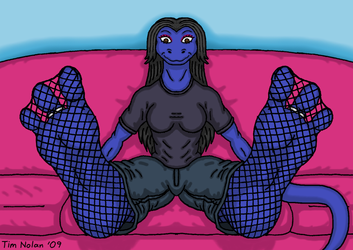 Lost her shoe at the show

"I lost a shoe in the mosh pit!" Turja announced to Leogard, holding up her beautiful fishnet-socked left foot so that the dragon could see what she was talking about. Turja and Tommy had just climbed into the back of the limo Leogard drove for them, and now Leo was driving them home. They had just gone to see Turja's favorite band, Harpy Bloodfeast, and naturally, they had both made a beeline for the mosh pit so they could jump around like maniacs and slam into people. But right before one of Turja's leaps, someone's foot landed on the back of her left sneaker, pinning it to the ground and causing her to jump right out of it. Turja looked down to find her missing shoe, but it was too dark to see anything on the floor. And the mass of thrashing bodies made it effectively impossible for her to get down on the floor and search. Turja resigned herself to the fact that she wasn't going to get her left shoe back. She was quite vexed. She really liked that pair of sneakers, and she would now have to leave the pit lest her unprotected toes get stepped on. But there was a bright side. Harpy Bloodfeast put on a great show that night. And her husband's rabid foot fetish was activated--Tommy seemed to be paying more attention to Turja's shoeless foot than to the music. Turja knew that Tommy would be raring to go and that she'd have some fun times after they got home--or even in the back of the car if Tommy couldn't wait that long.