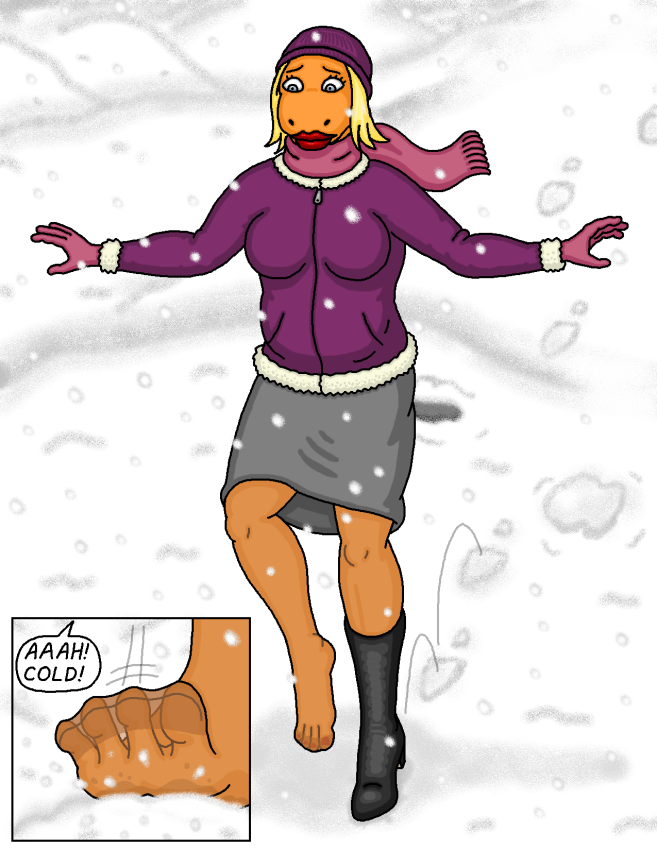 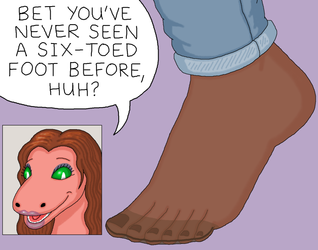 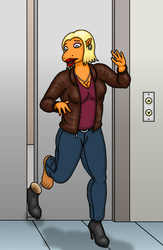 And continuing my theme of separating attractive women from their footwear...

Yofi couldn't believe the school where she taught was open today. Heavy snow had been falling on the city since the middle of the night, and there was already a blanket of the white stuff several inches deep covering the streets. Still, the principal insisted she had a weather report which claimed the snowfall would cease by mid-morning. It wasn't all bad, Yofi thought to herself. She loved her students and it would be fun to spend the day with them. In addition, she lived pretty close to the school, so travel would not be a major issue. Yofi got into her car. Yofi's short commute was not so short today, but she made it to the school without incident.

Upon arriving, Yofi noted that very few students had come in, and most of her fellow teachers were absent as well. The principal came by, leading a group of other teachers' students to her classroom. "I'm so sorry, Yofi," the principal said. "I made a big mistake. We have an updated weather report. Not only is the snow not going to stop mid-morning, it's going to get worse. I should have closed the school today, but what's done is done. We can't just close the school now and send the kids home, because a lot of their parents have already gone off to work or other things and their kids have no place else to go right now. And with so many of the other teachers out, I need you to watch their students. Thanks for being such a trouper."

Several low-budget educational videos and numerous games of 7-Up later, it was finally time to send the children home and get out of there. Yofi stepped out into the parking lot, and--just as she feared--her car was now buried in the snow. Not a big problem, she thought--her house was within walking distance. So she started to make her way home on foot.

Snow was piled high upon the sidewalks, so Yofi struggled through it and stepped out into the street, which had at least been plowed a few times that day and was virtually free of traffic for obvious reasons. Though it was still slow going, Yofi was still able to make steady progress by walking on the snow-covered asphalt.

About halfway home, Yofi spotted a car coming up the street towards her. She headed for the sidewalk to get out of its way, but she would need to go over a huge snowdrift to get there. She ascended the mound of snow, just as she had done several times that day already. But this time, as she reached the top, her right foot suddenly sunk deep into the snow and stuck there. She pulled her foot up with all her might to try to get unstuck. And her foot was coming out, but the problem was that her boot was not coming with it. Yofi looked toward the car that had just passed her with thoughts of calling for help, but the car was already too far away. Yofi reached into the snow with her hands and tried to dig herself out. However, her hands were not good digging tools and the snow was densely packed beneath the surface. This was going to take forever. Yofi shivered. She didn't want to be out here all day. She made a difficult decision. She memorized her current location, in the hope of returning in the near future, and pulled her foot out of the snowbank, abandoning her boot. Yofi started hopping the last five blocks to her house, wondering why she and her friends were so prone to losing their shoes. Of course, no one can hop forever, and Yofi had to put her nylon foot down in the cold, wet snow many times just to maintain her balance.