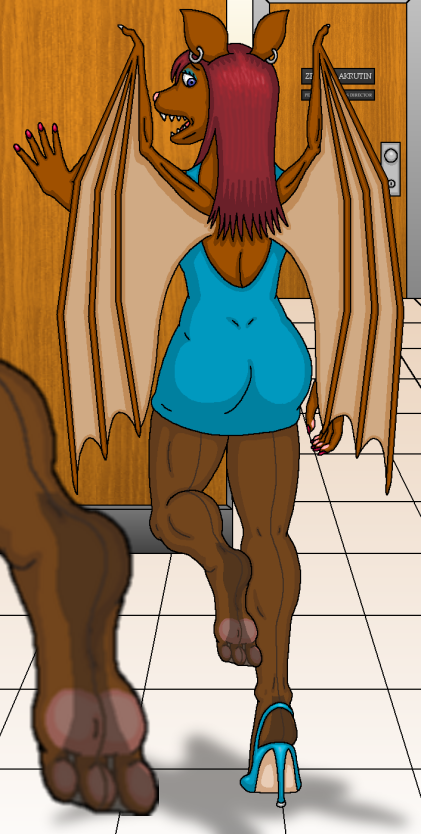 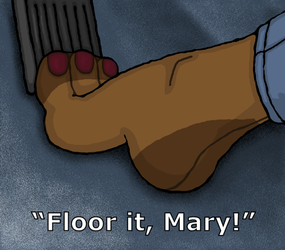 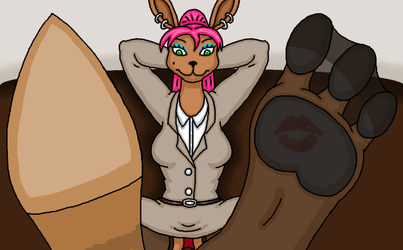 Kylina strode through the open office door and right up to the receptionist’s desk. “Hi!” said Kylina. “I’m here for the job interview.” “Oh, you must be Kylina,” the receptionist replied with a smile. “Have a seat in our waiting area.” She motioned Kylina around a corner about ten feet away. “Mr. Akrutin will be with you shortly.” Kylina turned the corner and found herself in a room about fifteen feet square, with three chairs along each side wall and a small glass table littered with an assortment of magazines. She sat down and placed her handbag, which contained her resume, on her lap. She was about to pick up something to read when she heard footsteps moving away from the reception area. Kylina peered back around the corner and saw the receptionist stepping out of the office.

Wondering where the receptionist was going, Kylina quietly followed her, stopping at the main office door while the receptionist continued out into the hall and stepped into the elevator. Kylina turned to go back to her seat when to her right, she spied an open door marked “AUTHORIZED PERSONNEL ONLY”. With nobody watching her, and this important-looking door carelessly left open, Kylina couldn’t suppress her natural curiosity. She had to find out what was in that room.

Making as little noise as she could manage in her high-heeled slingbacks, Kylina snuck into the restricted area. It was a tiny room lined with file cabinets, with a desk in the center. Kylina set her handbag down on the desk, opened a cabinet drawer, and pulled out a file. It quickly became clear that this was a repository for employee records. Kylina soon became engrossed in reading the personal information of complete strangers. Suddenly, she heard footsteps approaching from the outer hall. The receptionist was back—sooner than she expected!

Kylina panicked. She couldn’t be caught in that room! She attempted to sprint the few steps back to the waiting area, but the strap on her left shoe slipped and her foot came right out of it, causing her to stumble forward and forcing her to flail her left hand out and push off the door to keep from falling down. But the sudden force on the door dislodged the door stop, which was keeping it open, and the door began to swing closed. Kylina finally regained her equilibrium back in the waiting area, but her heart sank when she heard the door to the forbidden room slam shut behind her and its lock click shut. Not only was her shoe now sealed inside, so was her handbag! She gasped as the door to Mr. Akrutin’s office swung open, and the man himself stepped out. “Kylina!” he said jovially. “A pleasure to meet you! Come inside, won’t you?” Kylina froze in embarrassment, having been called in to her job interview with no resume… and a conspicuously shoeless left foot.