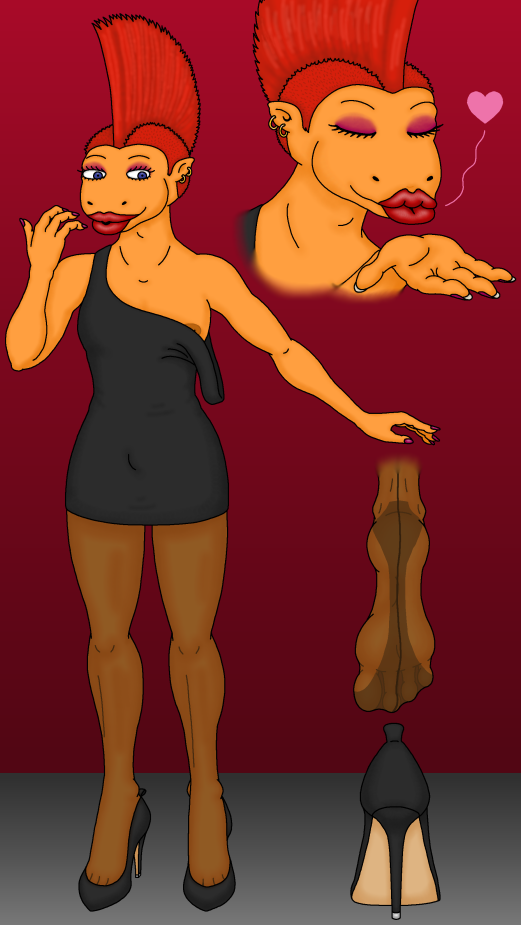 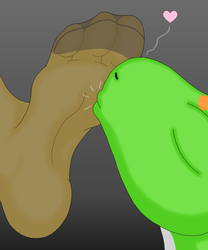 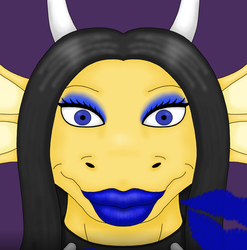 Sometime during the last week, I started to feel like reintroducing Bridi in a bold new way. Or should I say, a bold old way?

Let me explain. I had originally planned to reveal Bridi as a cross-dresser in my webcomic eventually, but it looks pretty unlikely that I'm ever going to follow through on my webcomic. In addition, I now have a few other cross-dressing characters, so Bridi's reveal would not have been terribly surprising. So I decided to reveal him now, and in addition, I reverted him to his never-before-seen original design. You can see that he was decidedly more provocative in his original incarnation, and he had a huge mohawk! Also, I couldn't resist including my usual gratuitous stocking foot shot.