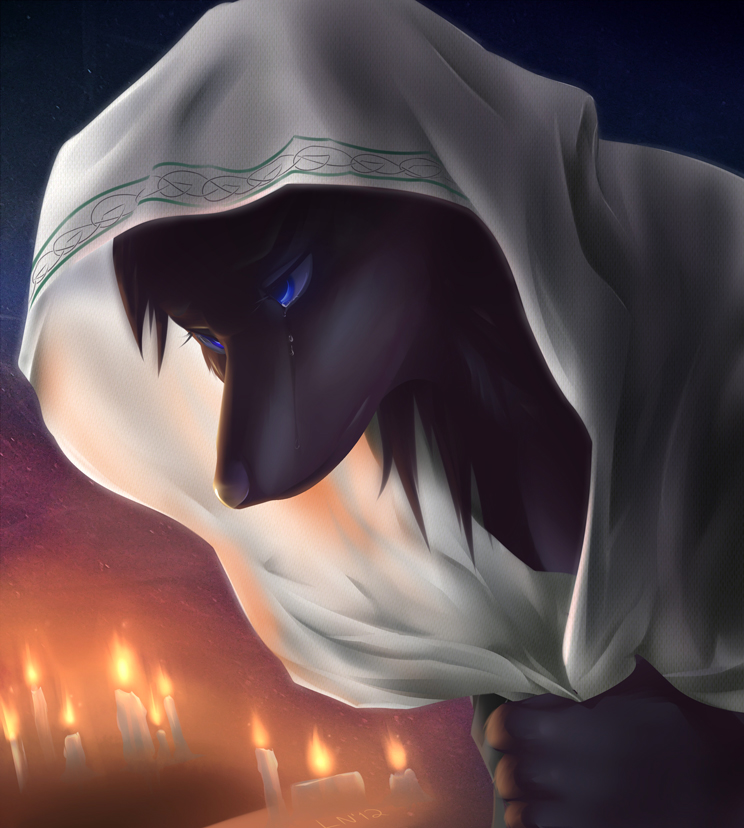 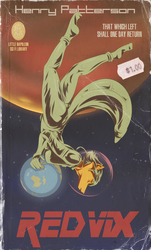 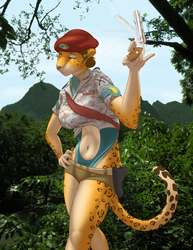 Frost was kind enough to write a little scene for his character here:

Alone on a ridge a figure sat motionless. Her head tilted back to look up at the sky. Her eyes glowed a soft, sapphire blue in sympathy to the moon. Clouds rolled by, rumbling ominously with thunder. Even in their shadow she could clearly see the sprawling valley before her, dotted with pine. She lifted her head a little higher to see above the clouds, where the distant stars glittered like diamonds. Her cowl slipped back, resting in a heap about her shoulders, exposing her soft black ears to the cool night wind. In the near distance she could hear the growl of savage things, something she had once been herself. But that was no longer, a part of her past left behind, washed away by those waters and her snow white robes. When the rain started she rose calmly and followed the moonlight trail back to the old church. Candles burned plentifully, each a reminder of the heroic dead. She swallowed hard, putting away bitter thoughts. Her eyes turned to the window. There, in the shadow of the trees, was a darkness lurking. She was comfortable in the night. She lived in the dark, but it did not live within her...

Kaidira © Frost
Art by me