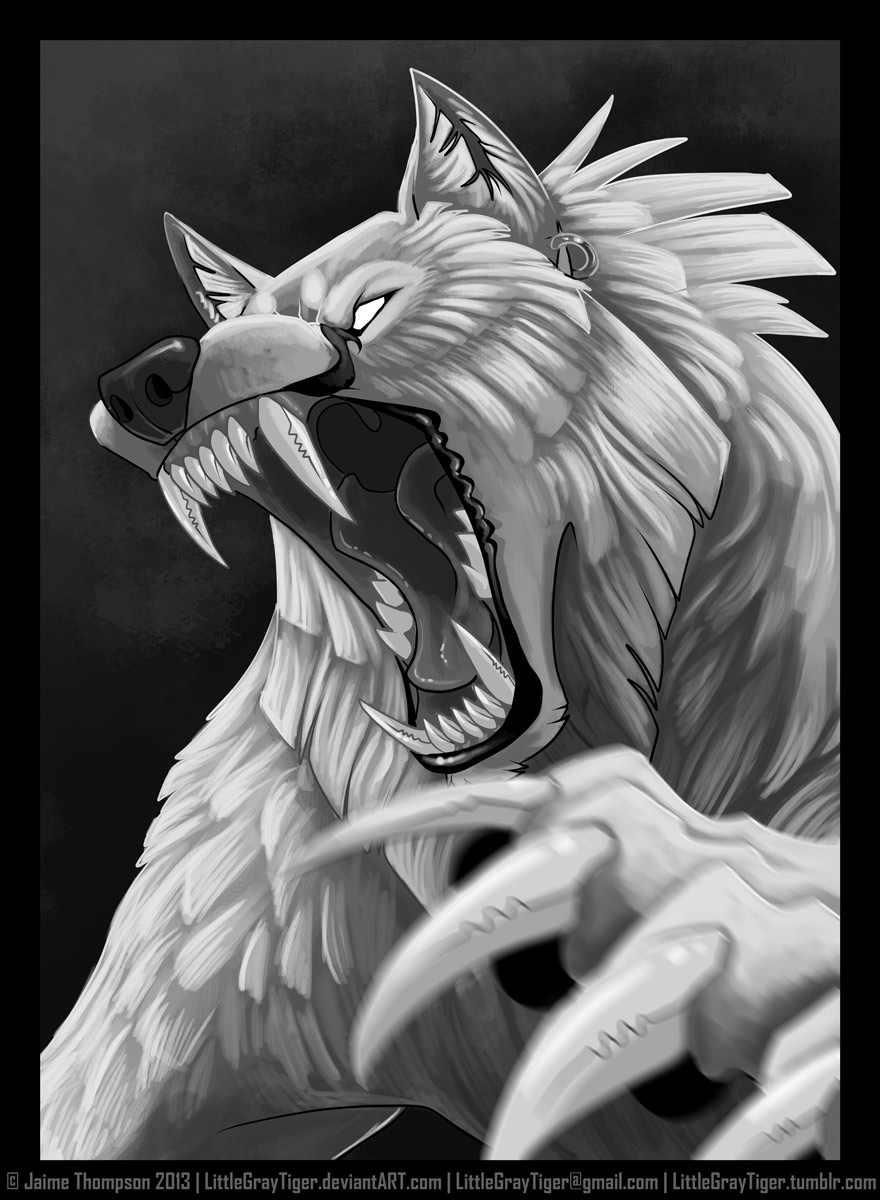 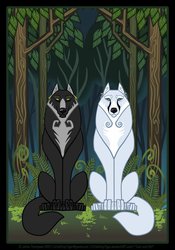 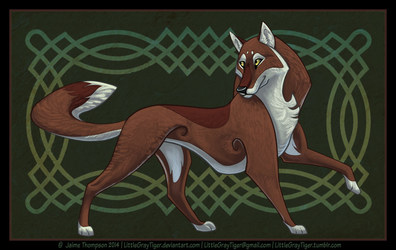 Siri the werewolf/wolf god as featured elsewhere in my archive...from the business end. I pity whoever she's towering over, it takes a lot to get her riled.

This was a originally going to be a pushing-colors experiment, but partway through ditched it because I didn't really understand what my values were doing. Instead I pushed the whole thing hard in stark black-and-white and learned a lot through the process. Like detailing shadow equally to lit areas makes them harder to read as shadows. I was also experimenting with stylized hair/fur, which is successful in some parts and less so in others.