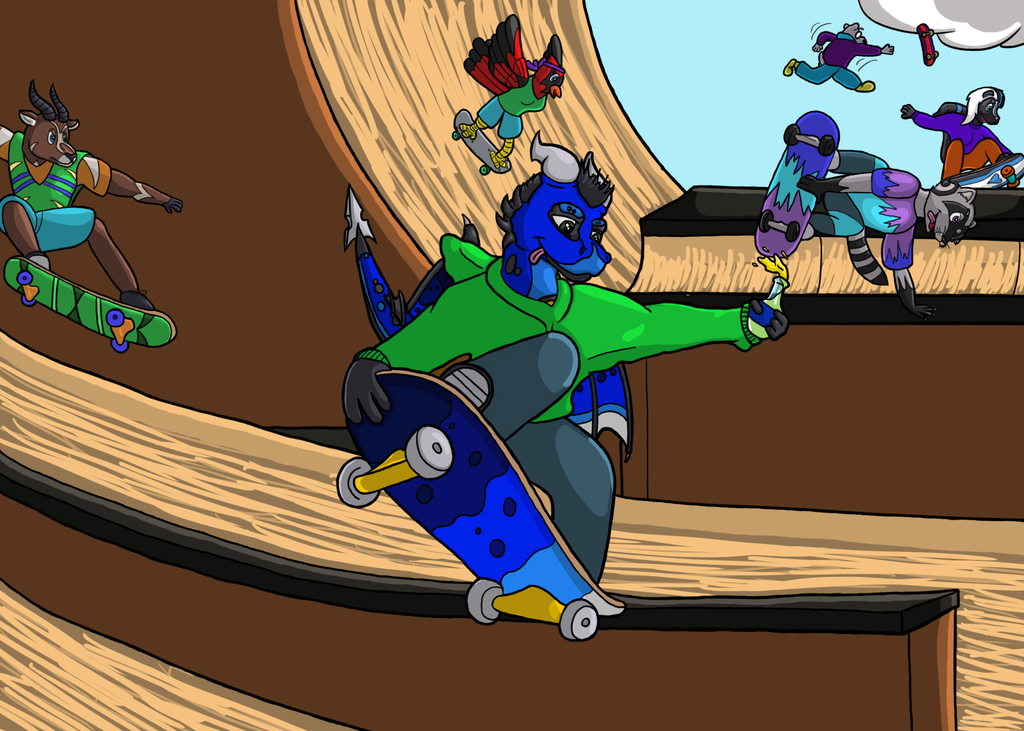 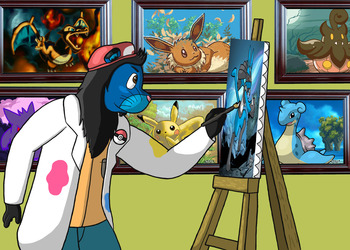 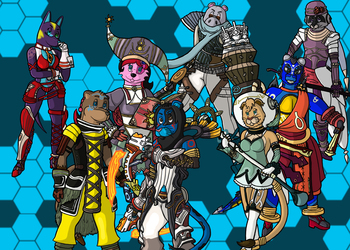 So, I just recently got myself the amazing game known as Skate 3. XDD Glitches and all. Anyway, it's at least a decent game to play, and it is fun seeing what things you'll find, such as the mentioned glitches. So I drew R.D. (I may just call him Richard from now on) skating with another cool thingy I found, Orangina. Probably the only drink I know to be advertised with furries. And it's awesome. XDD Anyway, I threw in some of the characters who I had come up with, but never seemed to make it past one reff sheet. And I can draw them a hell of a lot better now. Throttle the Gazelle, Nitro the Raccoon, Nari the Cardinal, Suné the Skunk, and Doug the Hippo. I can draw them way better now, so might as well bring 'em back, right? Enjoy!