Dual Of The Fates by Lionclaw 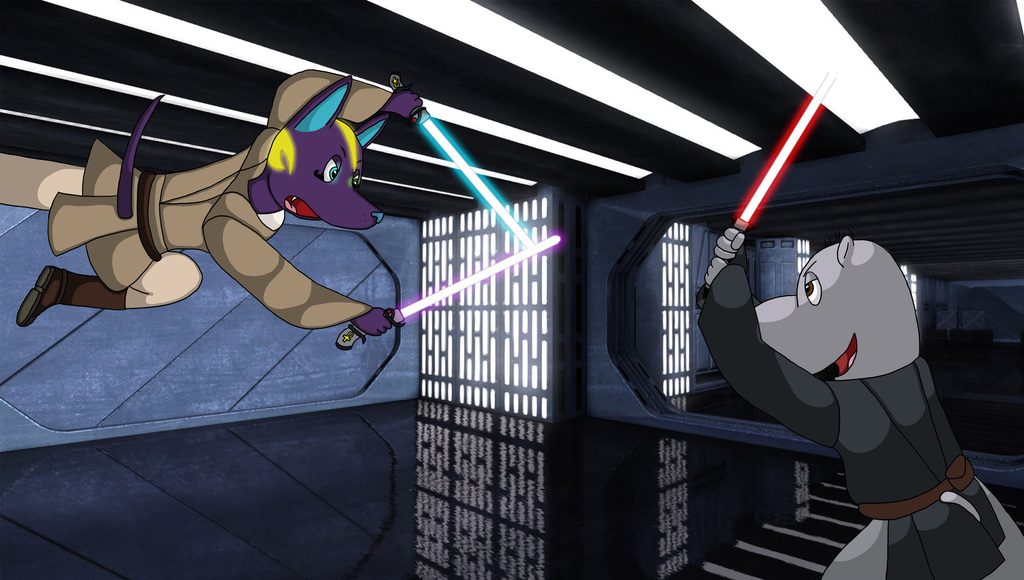 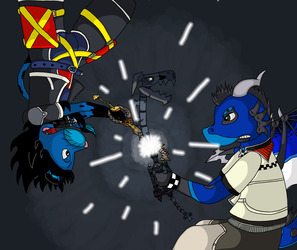 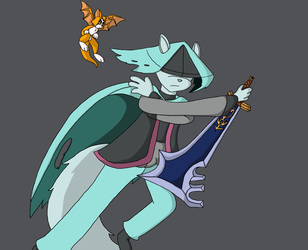 Dual Of The Fates

So, for a year, I was at Disney World for the Disney College Program. So I obviously at some point went to Star Wars Weekends at Hollywood Studios. So I was determined to get a lightsaber fight picture done before SWW was over. So here we have Jedi Layla fighting the Sith Lord Doug(Two of my other characters I introduced on FA) So, this also marks the first time I've worked on 2 pictures at once, the other picture being Battle Between Hearts (https://www.weasyl.com/submission/1030419/battle-between-hearts ). Enjoy!

Layla and Doug are © me. Do not use them without my permission.
I do not own the Star Wars background. Star Wars belongs to George Lucas.
© Lionclaw 2014