Kiuro & Yuki - Into The Sky on a Boomerang Ride by LilWuff 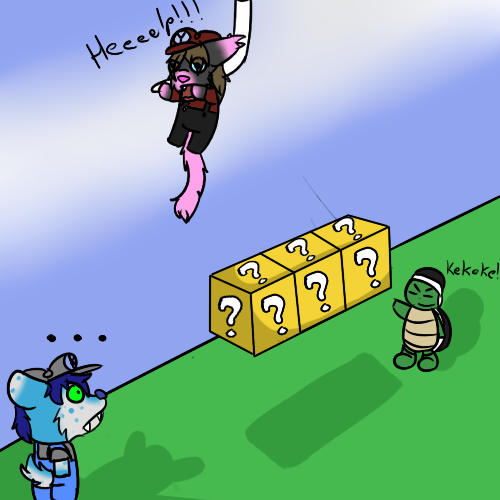 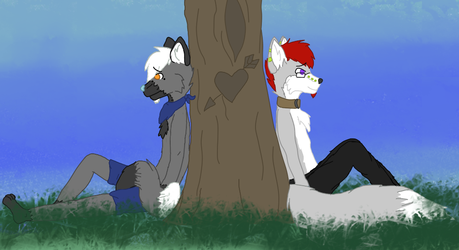 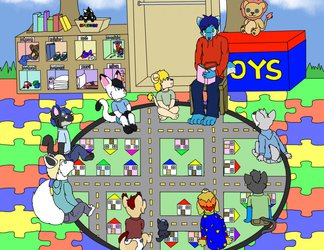 Kiuro & Yuki - Into The Sky on a Boomerang Ride

2 ) Into The Sky on a Boomerang Ride

--- "Alright, we've been through this before. We know what to do, right?" Kio looked to Yuki as they walked along the path to the level's end. She nodded, her ears twitching in response as she looked around them.

So far, they hadn't ran into any of the enemies they had expected to, which was odd, very odd.

"You mean you, right?" She giggled, tilting her head at him as she remembered what happened last time with his "grand idea". His response wasn't heard, but his ears did fold back and tail drooped as he mumbled to himself.

"Blocks!" And like a switch being flipped, he perked back up at the site of the yellow trio. Coins! Or maybe a mushroom! Or even a feather! Oh how he'd love a feather.

He increased his speed to a slow run, Yuki following close behind. "Wait! There's something else too!"

"Probably just a Koopa. Nothing to worry ab---" Though his sentence was cut short as a boomerang sped past his head, the force behind it so powerful that it spun his hat completely around!

"Nothing to worry about, huh?" Yuki side stepped as the boomerang made it's way back, landing in the green claws of the Boomerang Brother standing before them. "You stay back, alright? This one's mine."

She stepped ahead of Kio, taking a stance. Ears pressed to her head, tail puffed up and twitching in anticipation, she broke into a run, jumping atop the yellow blocks standing between her and the Boomerang Brother.

"Kyaaaaa!!" She jumped just as she reached the edge, feet poised to come down right atop his head.

But he had other plans. The Boomerang Brother smirked, and with the speed no one would imagine such a creature could muster, he pulled his arm back and let his weapon fly.

A squeal of surprise and fear left Yuki as the boomerang manage to slip into the back straps of her overalls, sending her off into the air.

"W-wha!!! HELP! HEEEEEEEELP!" As she spun around, the boomerang taking her higher up and further away, Kio was frozen, his mind unable to comprehend what had just happened.

His glowing green eyes watched as Yuki sped past him, only to circle back a second later, the boomerang returning to it's owner.

Through her flailing though, she managed to redirect the boomerang just enough to throw the Boomerang Brother off, and instead of him catching his tool skillfully, it smacked him square in the forehead, Yuki falling on him, bringing them both to the ground.

Shakily, the cabbit stood, the dizziness causing her world to spin. "Oh geeeeez..."

Kio shook his head, holding back his laughter as he approached his companion, "So, had a nice flight?"

Yuki shot him a glare, reaching down to grab the boomerang, lifting it up high as she smiled at Kio.