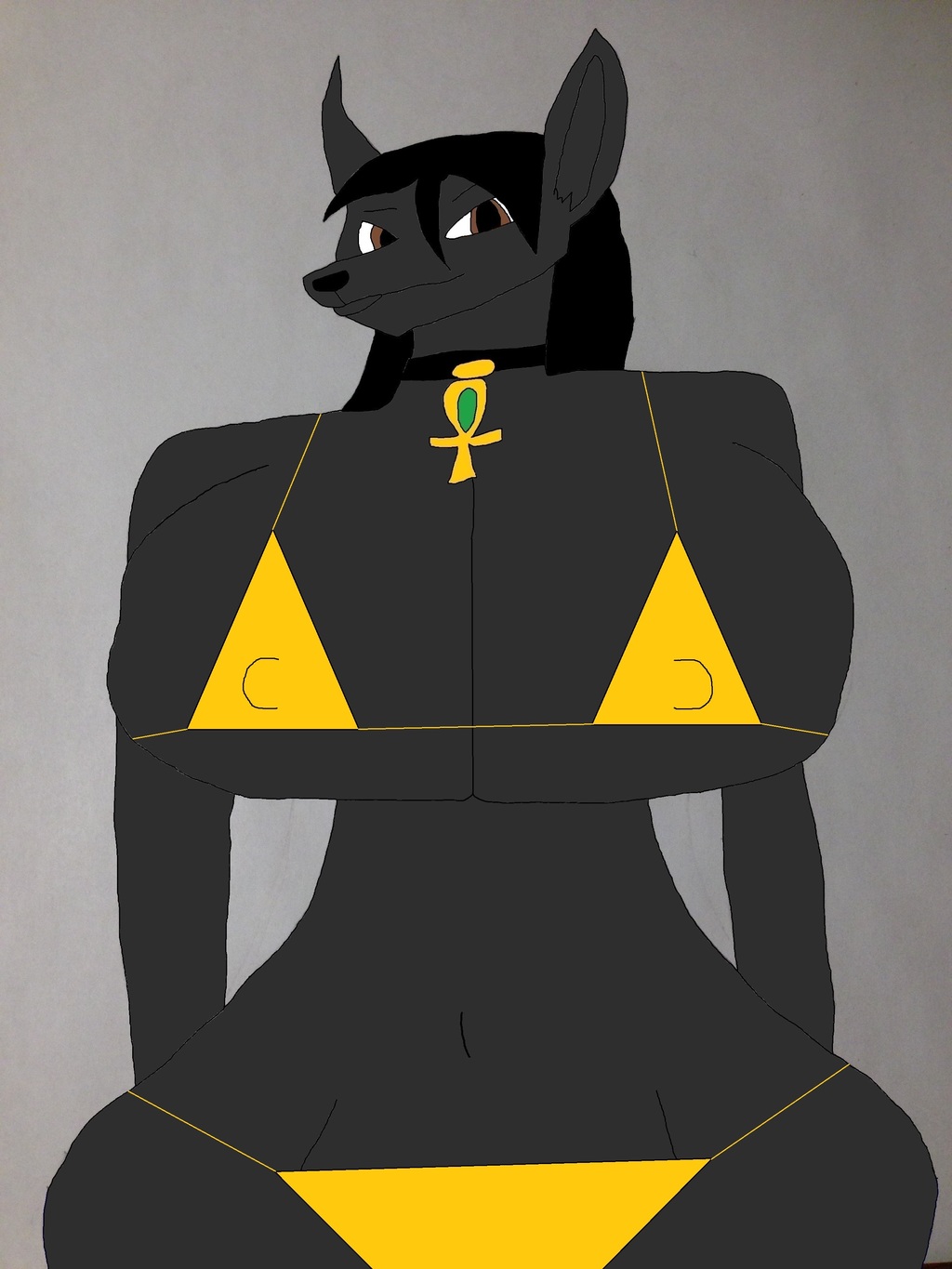 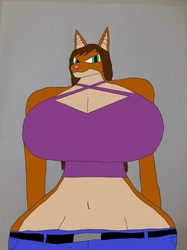 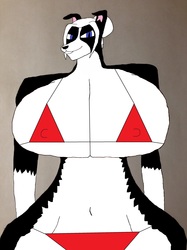 I forget when and why I first decided to do this, but I wanted to try editing my character pictures, erasing their clothes and putting them in bikinis. Though I got to say, it seems like I put every character in a microbikini. Not only that, but editing your pictures to have them more than half naked really shows you how poorly you did their anatomy. XD Oh well, I'm still trying hard.

Going in order, I decided to post Rachael first, sporting her gold bikini! I erased the yellow markings underneath her eyes as I feel like I still need to establish that its just face paint, and not natural. XD Either way, I adore how she looks!