[COMMISSION] - THE ATTACK OF THE DRAGON BLANKET by LilChu 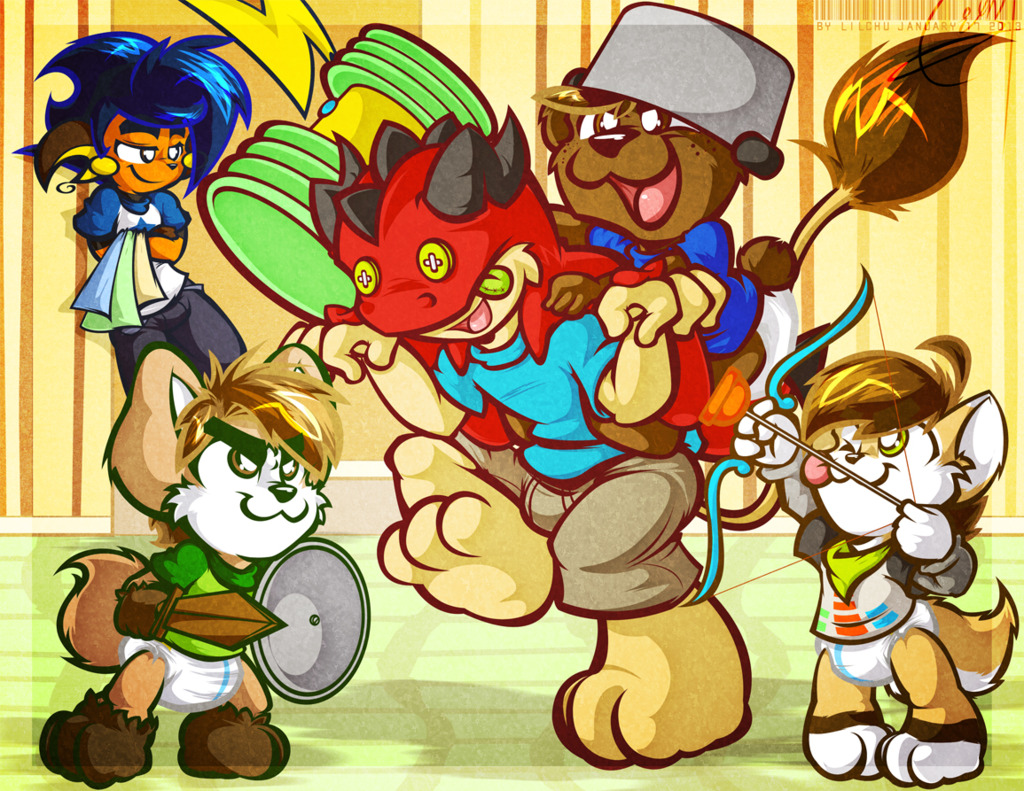 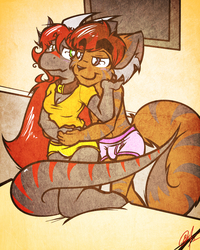 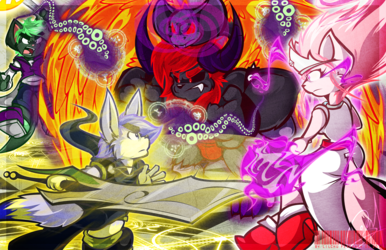 [COMMISSION] - THE ATTACK OF THE DRAGON BLANKET

Side story by JAY.

"The three noble heroes stood strong against their mortal foe to defend the besieged valley. The great red dragon, a mighty Draconis Vestis, roared and stomped, his flaming breath torching everything he saw, his scales turning gold in the firelight. Noble knight Darune Arlion swung his shining blade in a shimmering arc as the dragon shifted away from his blow, and only barely managed to bring his enchanted shield up in time to stop the horrible heat dead in its tracks. The ranger Maximilian watched from afar, his enchanted arrows flying sure as a raven to strike the beast in the chinks in its mighty armor. And mighty barbearian Logan threw himself bodily from the top of the tallest standing structure, roaring his battlecry as he latched himself onto the dragon's back, safe from the dragon's mighty claws, each one large enough to slice a horse in half. The warrior raised his mighty warhammer high for what was sure to be the killing blow…

And in the back of the room, Lilchu could only watch with a loving smile as his bros ran and played with the old dragon-shaped throw pillow. Maybe bathtime for the little ones could wait, for a few minutes at least…"