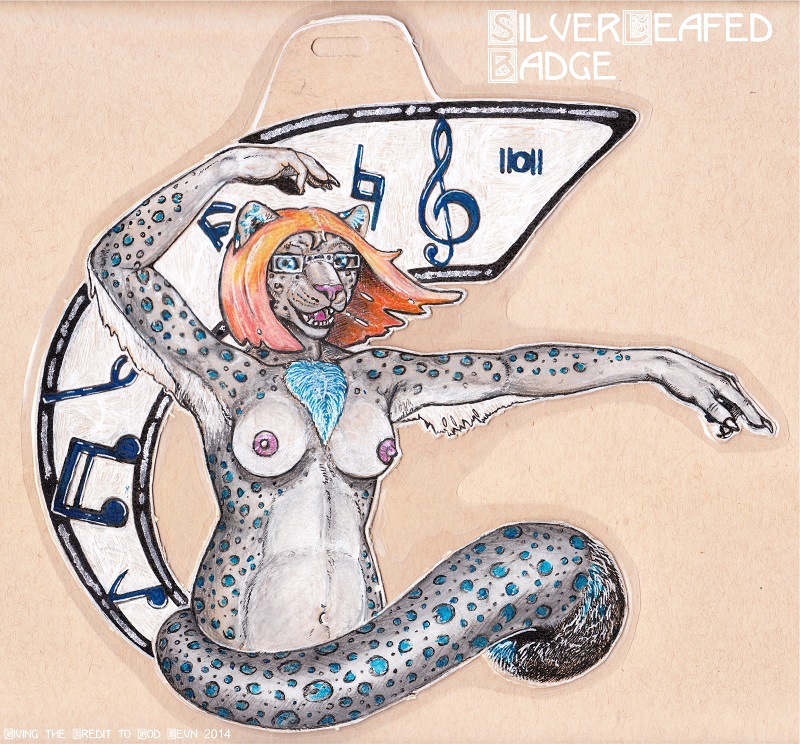 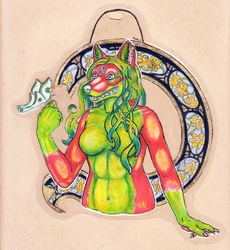 This is My second badge commission and i have to say that i had alot of fun drawing it. i really love how it turned out. As you could have guessed this bade is for the lovely Damefortune, and it is a nude badge that was censored for the Gateway To The West Con in St Loius. If you want to see the censored verson just click Here

I decided to do something special for Dames badge because she has really helped me out in the past few months. She helped photo my art and edit it on top of a few other odds ad ends, so I really cut the price of the badge down. I also wanted to incorporate things in the badge that really described her. For one, the nudity isn't to be kinky what so ever. I found having her character nude was a perfect way for her to express her love for feminism or use the nudity as a way to bring up her favorite conversation piece at cons or where ever. The music notes obliviously express her love for music and her gesture or pose describes how she is a party animal.

now her character's spots glow and the color describes her mood. i don't have what color means what but i was able to make her badge match her character. the most special thing about this badge is that all the blue you see on it glows under a black light