I like reptiles, monsters, fat things, horror/eldritch stuff, and stuff pertaining to the nature of reality/other weird themes like that.
Revecroir is my story universe, which includes those topics and others; most of my gallery'll have something to do with it, and the Leupaks and other assorted leupai are the main players.

You can learn more and read my writing (most of them are interactive stories) on my website, Leupak.com!

Note: Please be tasteful when commenting on my work!
Sexual/explicit comments make me really uncomfortable and anxious, even if it's an image you think it'd be appropriate on. Thanks for understanding!

(P.S. - I'm sorry if you see me whiz through your gallery and favorite stuff! I try to comment when I can, but I'm a shy monster and I usually just blurt "OOH PRETTY" a lot when I open my maw, so it seems like a less dorky way to say I like your stuff and share it with other people than stumbling over my clawtongue! I don't mean to offend!) 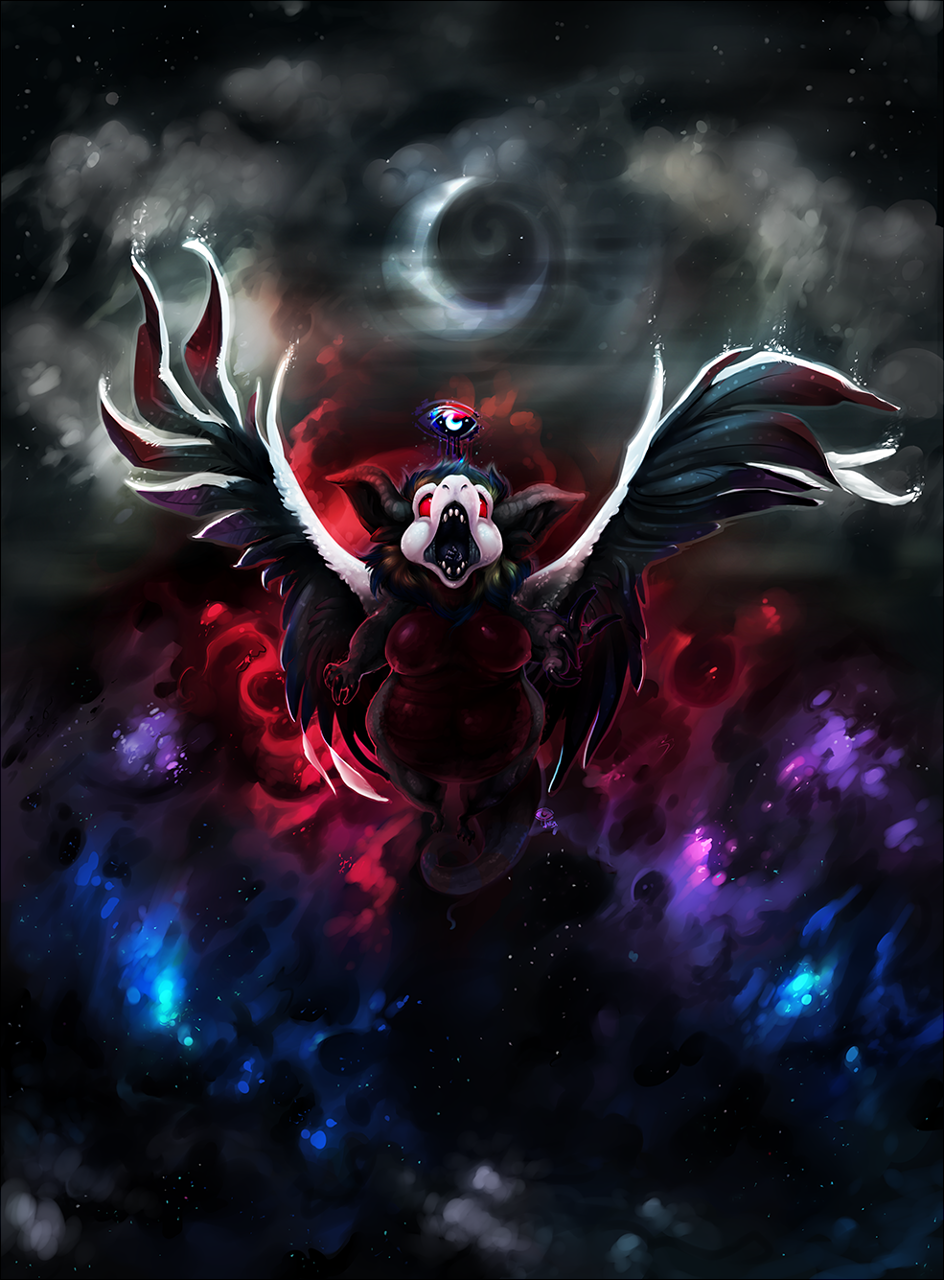 So chances are if you follow after me with any semblance of closeness (AAH!!), you may have noticed my sporadic updates anywhere as of late.

That's because I'm in the middle of a dramatic, massive personal upheaval. I'm figuring out what I disliked about who I was and the values I used to live by, and ripping up that programming so I can learn to become who I want to be instead of who I was programmed to be by people who didn't necessarily have my best interests at heart.

Which is being kind. They didn't have my best interests at heart, there's not really any room for doubt.

I'm chipping away at the rest of my donation gift pieces, slowly, but it's happening. More to the point, I'm pretty much backing off from public appearances for a little while (probably a couple weeks at least; possibly a little more depending on what it seems like I need). I need to learn how to do things for myself and on my own terms, and stop letting other people, their expectations and opinions of me have such a massive hand in the decisions I make if I ever want to learn how to be happy and feel self-fulfilled.

Apologies in advance if I sound a bit more terse or forceful than I have in the past; I've really deliberately let people walk over me and push me around in the past out of fear and a sense of social duty, and that's one of the biggest things that has to go.
That doesn't mean I won't be friendly if you approach me that way, but bear in mind that I'm not a social or chatty person, so I may or may not feel up to taking you up on idle chat at any given point of time. (And that doesn't mean you've done anything wrong, people!)

Anyway, that's my personal update as of right now, and from this point I'm gonna be pretty firmly not around for a while, at least until I can speak to people without feeling an underlying, pre-programmed urge to grovel.

P.S. - I probably fucked up with Leupak.com, trying to make a new adoptables site out of a sense of duty to people before I really had time to sit down and think about what I wanted for myself. The adoptables that I've made so far and the forums aren't going anywhere, but don't be surprised if that site ends up something very different the next time I mess with it.

I owe it to myself to stop doing things I can't genuinely put my heart into anymore, and it's safe to say my heart's probably pretty irreparably broken as far as adoptables are concerned.