The Case of the Stagecoach Accident by Leo the Tiger 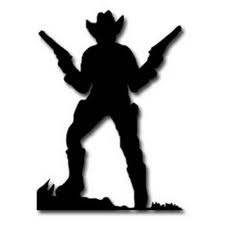 The Case of the Stagecoach Accident

This is Grease. Many times people think of Wildcat City as the big metropolitan area with all the marching bands and ensembles, and where the G-52s (apart from the cowboys and Captain Cripton and his friends) all live. They are only partially right; Wildcat City is the whole thing, and the borough, or municipality incorporated in, that the public has in mind, is Battlefield Range. That is the place where the main group of G-52s, the big amount of marching bands and ensembles, and the metropolitan wonders of a big city are located. It’s the same with New York City; it’s boroughs include Manhattan, the Bronx, and Queens, among others, if I remembered that correctly.

Battlefield Range is the borough where the musical furries defeated the human bigotry with their music, but I let Leo the Patriotic Lion be the expert on that. Our farmer’s community borough, where the cowboys known as the Fab 5 like to make their homes (except David Blaze, the lion that lives by the Bengal Lake), is Cat’s Granby. The neighboring farming borough that does what Glenn Views Springs, Arizona, and Hicksburg, Texas, do, is Horseshoeville. (All three still look like the Wild West of the late 1800s on the outside, even though modernization is present on the inside, depending on the buildings. The banks in all three towns do have ATMs and drive-through lanes, but the folks would arrive on horseback instead of in a car. The bulk of it, however, has farms and ranches on it. Likewise, fast food restaurants, if any were there, had places to dark and a drive-through, but again, the citizens would ride horse and not drive a car.) I hope that clears up some things for you in case there was any confusion.

While Horseshoeville has a population of about 9,380 furries and humans that ride on horseback to preserve tradition (as do the other two aforementioned towns), the roads have been updated so that cars, motorcycles, and public transit can go through safely, and all are told to watch out for horses and their riders in the same way public service announcements ask motorists to watch for motorcyclists, since the latter are more susceptible to injury. I’ve been lucky never to have an injury, though, and the same is true for my cousin, Gunnar, even if I once did find him in a ditch and had to help him out. I bring this up because Gunnar and I went riding through Horseshoeville, and came across a stagecoach that crashed. None of the passengers were injured, but the horse seemed bruised as bruised can be, with black and blue all over him. The Sheriff also spotted this and called for a vet to examine the horse while Gunnar and I checked on the passengers as they exited from the stagecoach, now totaled to bits.

“Are you okay?” I asked the couple after parking my bike.

“We’re fine. I can’t believe we made it without a scratch,” said the husband. “I can’t figure out what happened. One minute everything’s all right, and the next moment, our horse decides to go double-time, and we crashed as soon as his hooves tripped over a rock.”

“Is this that rock?” Gunnar asked, holding it.

“That’s the end of that,” said the driver. “I think this town wanted to end the stagecoach system for strict horse riding and modern transport. Is that right, Sheriff?”

“It is,” the Sheriff nodded. “Mayor Clarkson just hasn’t made it official yet. He will once he sees this, if he sees this, that is.”

The vet confirmed that the horse just needed some time to rest and he would be okay while I notified Super C about the accident. He led the horse to the main animal clinic in Horseshoeville as Mayor Clarkson arrived on the scene, parking his sedan in front of the Sheriff’s office. (He preferred to drive his own car instead of being escorted around by security.) He couldn’t believe what he saw either.

“Oh, goodness!” he exclaimed as Super C arrived. “Is anybody hurt?”

“We’re fine, mayor,” the wife called. “We made it without a scratch. The horse panicked and went double-time until he tripped over a rock, and we can’t figure out why. I wouldn’t be surprised if he just got excited.”

“I’m beginning to wonder if Bendraqi hypnotized him,” I said. “He can do that to any living thing, and once before, he tried hypnotizing a herd of cattle so that the Nickelbacks couldn’t drive it. To no avail, however; Nickelback Nathan came through in the clutch and saved the day. Never doubt him.”

“I agree,” Super C replied. “Nathan’s the best. He’s really a joy to talk to, and he’s quite the social cowboy wildcat for one that doesn’t want any part of anything modern. He puts up with it, he says, but he himself will never delve into it. In the meantime, how recent was this accident?”

“About 10 minutes ago,” the husband replied. “The horse sped up in a such a way it led us to panic at first, but somehow, we stayed calm. It led me to wonder what Leo the Patriotic Lion would have thought had he seen it happen.”

“I hear he sometimes jumps to conclusions.”

“That was a false stereotype created from his campaign days. Also, he doesn’t bellow anymore; he’s afraid to do that just as the public is terrified of him.”

“Okay, thanks for clarifying that.”

“No problem. What do you think he would’ve thought?”

“He might have thought someone was in hot pursuit of us and shot the horse. That happened once last year, and Geoff the Generous promptly rounded up the varmint that shot the horse with his lariat. This horse wasn’t shot. He just suddenly sped up.”

We walked over to the main animal clinic and learned the horse was back to normal again and was ready for his next duty. “He paused after neighing several times, and he suddenly calmed down,” the vet reported. “He almost looked like he just cured himself from a spell, in regards to how his eyes looked.”

“Then that can only mean one thing,” I said. “Bendraqi hypnotized the horse in the hopes the accident would frame someone for the problem. One thing would lead to another, and Bendraqi would rule the world with us nowhere to be found in it, and no way for us to return to it. It’s just a hunch I have. It’s too bad T2’s Hip Solution doesn’t work for other living animals and not just furries or humans.”

“T2 is working on a different type of formula as we speak,” Super C replied. “That way, once that’s out, horses like this one and people’s pets can also become immune.”

“We’ll be looking for it once it gets out,” the Sheriff promised.

“In the meantime, I’ll see if I can find Bendraqi so I can put him where he belongs.” Super C launched himself skyward and began searching for Bendraqi while the rest of us took some more time to rest. The occasion here marked the first time both the mayor and the Sheriff of Horseshoeville met Gunnar, and because he came to check on the horse, Geoff the Generous met him as well. “It’s not the horsepower y’all have we have around here,” he said, “but we don’t mind one bit.”

“I’m sure you don’t,” Gunnar replied. “Was it your barn that got totaled?”

My communicator beeped and I answered it to learn from Super C that he found Bendraqi and placed him back in Alcatraz, and that he was now on his way to keep another appointment in regards to his role as a fitness expert. (One of Battlefield Range’s hospital’s sports therapy department needed some extra help and he volunteered his time to do so.) I confirmed everything with him before the link broke off, and we stopped by the diner for a bite to eat. The vet also confirmed that in two days, tops, the horse would be fully healed, but for the sake of what happened, would be set free to live his life as he pleased in an open field. 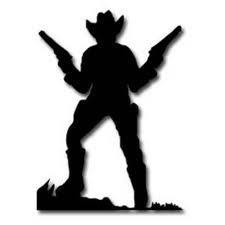 The Case of the Stagecoach Accident

accident case of stagecoach the the_case_of_the_stagecoach_accident