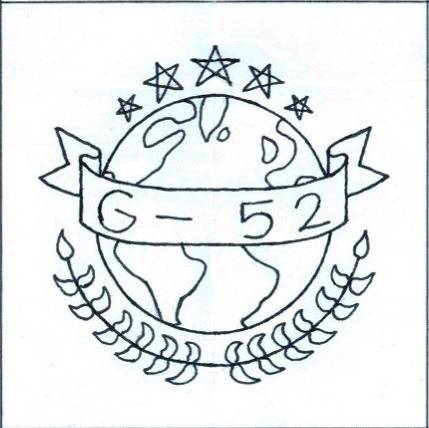 This is Firefox. For years, I have worked as a production crew member, mainly technical directing or camera operation, for various UK television studios and stations, and my salary has always been £10,000 and not a penny more. While it adds up over the years, people have asked me if I feel it should be more. I am not worried because I am more concerned about getting the job and getting the programme to go as smoothly as possible. I also am more concerned about the safety of me fellow Scots, and for that matter, me fellow Brits and other citizens in this cruel world. Notably, I have refused to participate in any programme that broadcasts objectionable material that American broadcasters would never allow by law, because their censorship policies are way stricter than ours. It’s such a rotten shame. You’d think that the BBC, the largest broadcaster in the world, and it’s chief competitor, ITV, would have big censorship policies.

Cripto once told me that if his life had remained as it was and he wasn’t the superhero/cowboy/rock singer he is now, he might have thought about television. Depending on the local news station available, he’d earn at least $15,000 to $25,000 per year in a smaller market, because some stations in small markets only pay minimum wage to their production crew members. In Wildcat City, he’d make more than that, because it is a much bigger market. However, he doesn’t need it. His gifts in music earn him the big bucks, but he doesn’t do it for the cash; he does it because he loves to do it and it is a passion for him.

£10,000 goes a long way for me, though it may not go as far for others due to the economic recession we’ve had, which was at its trough (lowest point) and is now starting back up. Many of us wish we could be like America, which, thanks to Cripto, is debt-free six times over. He says it was a freak accident of his superpowers. Others think he was willing to bankrupt himself to save the economic status, thus saving the country and potentially sacrificing his life to do that. That is pure rubbish! Only a lunatic would believe something like that! Or would that be the case? I don’t know. All I know is that I budget my money, buying only what I need and never buying what I want. Extreme as it is, it works for me. It may not work for you. Then again, it might. Go for a trial period and buy only what you need, and see how much you save. Also see if it works for the better; if it does not, then plan so much to set aside to be spent on the things you want. I call it “fun money,” of which I have none of, because there is nothing I want. Call me an idiot or whatever you want; I will change nothing because it is who I am. It also is part of the high moral standards I have as a G-52, so this is probably going to lead to lots of criticism from all of you. And since Scotland in particular has had a societal problem that involves people with potty mouths, I’m not listening to you if you are one. If you’re not, I may bend my ear.

Anyways, before I get on my soapbox and start annoying you to death, let me tell you about today’s adventure. It was payday and I received my check for £10,000 to put in the bank on my lunch hour. I made the deposit, ate at a McDonald’s™, and returned. When I came back, I found out I was actually done with work for the day because the show’s taping had been canceled. “Why?” I asked.

“The guests we booked are ill with the flu and there are no substitutes booked. Also, someone has been sabotaging our studios here at STV,” the boss replied. “I’m sorry I didn’t tell you fast enough. I could have just given you the afternoon off. Then again, maybe you can help us. You are Firefox after all, are you not?” (Just so you know, STV, my place of employment, is the brand used by both ITV licensees in Northern and Central Scotland, formerly known as Grampian Television—now legally STV North—and Scottish Television—now legally STV Central, respectively. The brand was adopted on Tuesday, 30 May, 2006, replacing both franchises’ identities. Its positioning, identity and brand guidelines were developed by Elmwood Design’s Edinburgh office. The STV branding was previously used by Scottish Television from around 1970 to August 1985. Both licensees are owned by STV Group plc. If you don’t believe me, look it up on Wikipedia or Google it. Also, the Southern part of Scotland uses ITV1 for their programming.)

“I am indeed, and here’s my badge to prove it,” I replied, showing it to the boss. “If necessary, I shall call upon my friends, Captain Cripton and Warwolf, to help me out. Now what is the mystery in question?”

“I have reason to believe that the Glaswegian Devils want revenge on you for the fact your salary is £10,000 and not a penny more, considering your job is what it is here at STV. They weren’t very thrilled to see how you, as Firefox, went on the live newscast viewed on BBC Scotland and defended our reputation as a country against the propaganda they were trying to instigate. While they want the UK as a whole to rule over the world, which is just flat-out impossible, they want Scotland to be the biggest influence. London, England, is the capital of the UK, and not Edinburgh, Scotland, as they want it to be.”

“I’m surprised they’ve chosen to keep Edinburgh as the capital instead of trying to make it Glasgow. What does my fixed salary have to do with it?”

“According to my superiors’ research into the investigation, the devils were planning to promise you they’d find a way to increase your pay to £10 million, making you the highest-paid production crew member in the country, if you go along with their propaganda. Even if they didn’t offer you such a high amount, I doubt you’d go with it anyway.”

“I’m happy with my job, sir. I’m not in this for the money. You’re also right in saying that I am not going with their propaganda. Still, it’s mind-boggling.” By now, the two of us locked up the doors to STV and were headed to our automobiles. “May I request that you stick around in case the Captain needs to ask you some things?”

“Anything to cooperate with my best employee,” my boss replied as I sent a message on my communicator to the Captain and also to Super C, since by policy we always tell the commanding officer what is going on. “Well, that’s my opinion. I think you do a great job, seeing as how calm you always are.”

“I’m not one that gets easily upset, sir. Unfortunately, my best friend is. You probably recall how Warwolf fled Earth when he was upset over the argument with his daughter, but I promised him I wouldn’t talk about it in front of him.”

“I promise the same thing. One question: everybody thinks Leo the Patriotic Lion is the head G-52, but who is it really?”

“It’s SUPERCAT. The Captain is his British counterpart by definition, on levels of patriotism, that is.”

“I see.” We looked up as the Captain and Warwolf arrived. The boss went ahead and explained everything as they landed. “I’m not surprised the devils are doing this,” Warwolf replied. “Once they offered me £1 million to go along with their propaganda and quit my job as a lorry driver. I wouldn’t do it, so they took me hostage and demanded that amount for ransom. I hope they don’t take you for ransom for £10 million.”

“It is what it is and as of now it’s not changing for bigger or smaller,” said my boss. “He is getting close to a raise, but I would not be surprised if he turns it down. But let’s not worry about that now. Let’s solve the mystery.”

“Indeed,” said the Captain as we used our radars to track down the hideout. I drove my car at a distance, following my friends who led the way in the air, while my boss followed me so as not to tailgate me all the way. When we arrived, we could overhear the noise from the devils as they were arguing over whether or not ten million quid was the right amount to offer me. The lead devil kept forcing his associates to believe the lie I would accept the sum and the offer. They were not aware of T2’s Hip Solution, which protects those who drink it from all hypnosis (although Bendraqi is the main emphasis because he uses it the most).

I hid out of sight before transforming into my battle uniform, then threw a few fireballs at the hideout, setting the alarms off. The devils all panicked as usual and proceeded to attack us, but we were prepared. My boss did not want to watch because he thought he could not observe and keep a straight face, so he went ahead and took the call he got from the ITV authorities, telling him the guests for the panel show in question were getting to feeling better, so that next week we could tape on schedule. We would just have to do double time to catch up so we could finish out the series (by definition an individual season for you American TV broadcasters and watchers) and prepare for the start of a new series in a different show that was a chat show (talk show to you Americans), complete with the host’s stand-up monologues, guest interviews, musical performances, and occasional quiz show elements.

The resulting battle was a typical one with us triumphing in the end. For the most part, it was their beams and weapons versus my fire and the Captain’s ice, and I had my rocket launcher on me for self-defensive purposes. (Warwolf just fought with his fists and feet.) A net that was intended to trap the three of us instead trapped the devils, and the Captain went ahead and shipped them back to prison while Warwolf gave the all-clear to ITV.

My boss confirmed that tomorrow was to be a normal workday before letting me go, and since it was almost nighttime for us (considering how far we had to drive), he went on home while the rest of us found a nearby KFC™ to eat. “All the way to jail, the lead devil still thought he made the offer you couldn’t refuse,” the Captain said as we got our food and sat down at a table close to the self-serve beverage distribution device. “If you are happy with £10,000 as your salary, then you will get no argument from me.”

“Or me,” Warwolf added as he sent a message to Super C notifying the victory.

“I am indeed happy with that,” I said. “Also I not turning down a raise in the event I get one, but I doubt that is happening soon. I will take what they pay me no matter what it is—as long as I think it’s reasonable. I would quit if they got stupid and only offered to pay me £1.50, for example, because that is unreasonable.”

“It is indeed rubbish reasoning. Anyways, well done, pal, and may you continue to do us all proud,” the Captain smiled.

“I will, Jack,” I replied, smiling back. 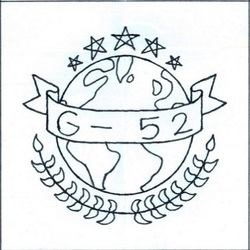 £10,000 has always been Firefox's salary for working at Scottish Television, but that doesn't satisfy the Glaswegian Devils; they want revenge on him anyway.