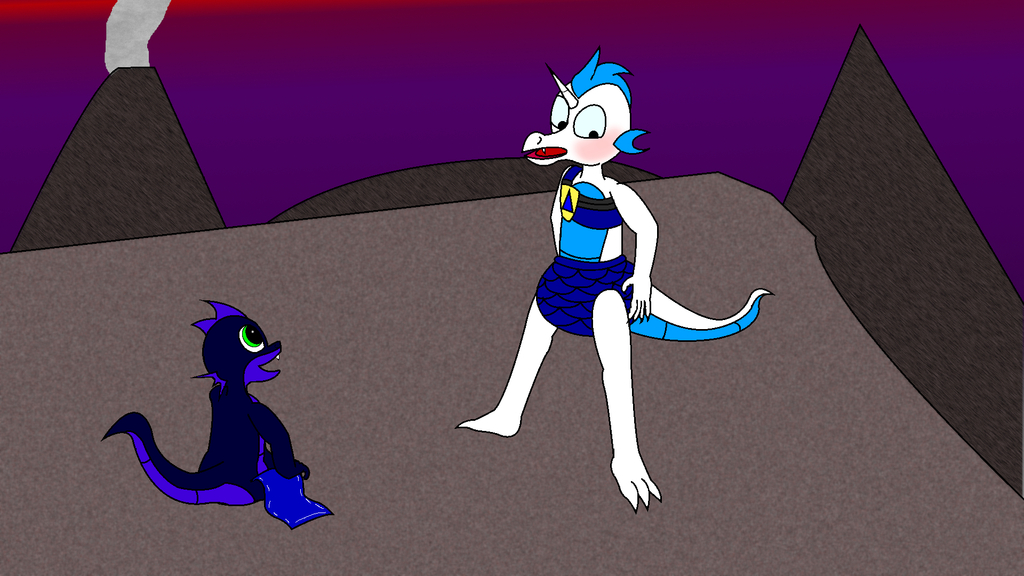 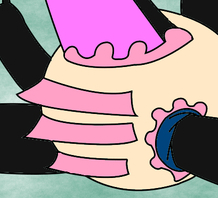 This was based on an idea I was toying around with in my head at night. In this story, Leon somehow gets sent to the Dragonlands from MLP FIM. While trying to avoid being harassed by the jackass dragons, he fell into a pool of lava, which didn’t hurt him due to his scales, but did destroy his clothes, making his situation worse.

Luckily, Nixie worked out where he went and, after transmogrifying into a dragon, went to search for him. Her search eventually yielded results and they were reunited. The first thing Nixie wanted to do was to give Leon a scale diaper, which was lava resistant, in case he fell in another pool. She tried to materialize one with her magic, but due to her body not being a unicorn, the spell was distorted.

Needless to say, fragments of Nixie’s loincloth fell to Leon’s lap while the scale diaper materialized on Nixie’s rump. It looks like she’s going to be the target of the jackass dragons’ jokes now. Oh well, she can always diaper them up in retaliation.

I tried using thicker lines, since a good artist said they look better, but they probably meant when the picture is larger, which I didn’t do. Whoops.