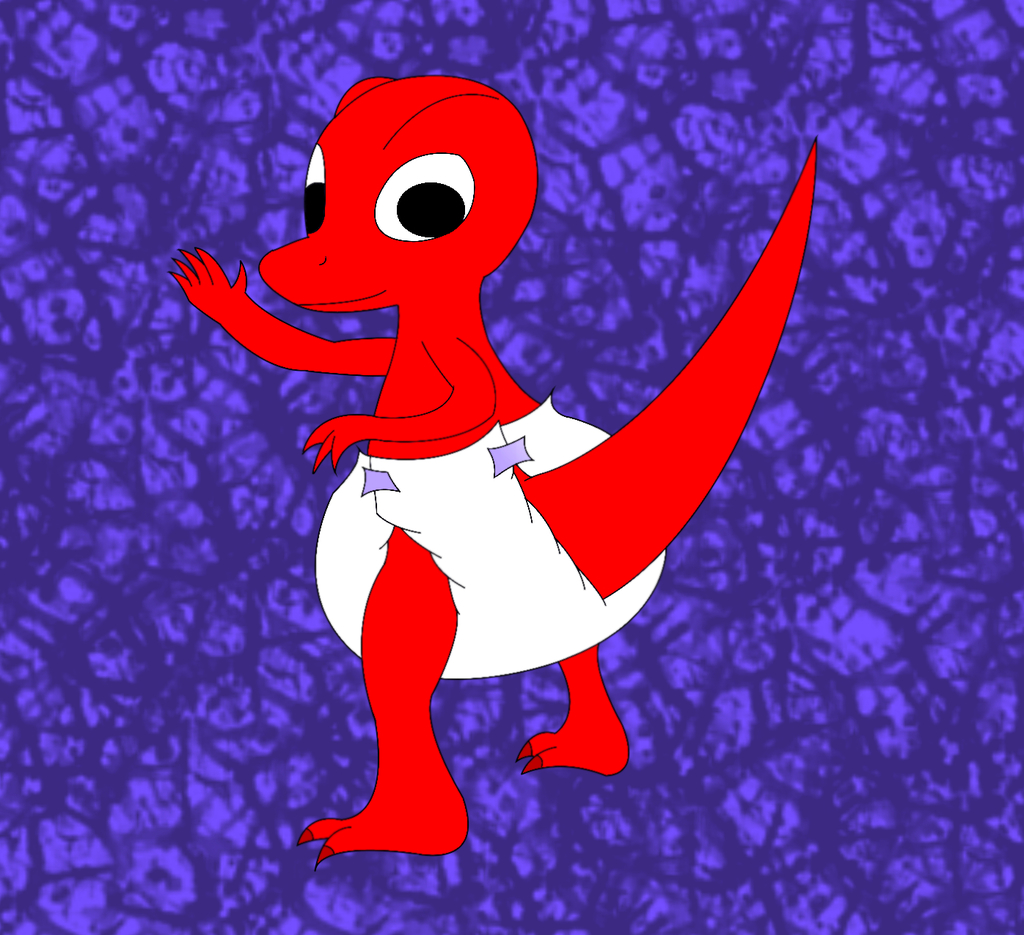 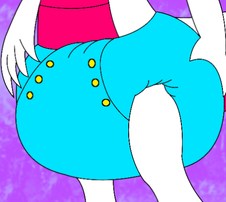 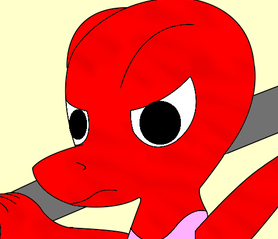 It’s been awhile since I’ve drawn any of the characters from my old “Pains of Nursing” series, so I thought I’d give it a whirl. I’d also like to explain some of the history behind this series.

This whole series was inspired by the main character of the Children’s book “Tyrone the Horrible”, Boland. It’s hard to tell why, but I loved Boland. I must have sympathized with him so much. I made an imaginary friend based on him and even imagined him in diapers sometimes. I also fondly remember “Tyrone and the Swamp Gang”, where at the end, Tyrone had to wear a thick cloth diaper since he burned his rear.

As such, when I decided to start drawing diapered characters, I chose Dinosaurs as the species due to my love for Boland. Initially, Boland was going to be the main character of Pains of Nursing. In fact, many of the dialog balloons suggested he was Boland.

I then came up with the idea of making siblings for the characters. Since Boland was a baby, the only Sibling I could make for him would be a big sibling. I don’t know why, but I didn’t like this idea. I think it’s because that, since this was meant to take place in the same universe as Tyrone the Horrible, it would be kind of a Canonical Error since Boland Didn’t have a big brother. So I decided to change Boland to the Big brother and created Andrew as his little brother, who was born after the events (well, revised events) of the books. Tyrone also had one that only appeared in the comics, a Green T-Rex named Duvall.

I made Andrew a little brat who annoys Boland and constantly gets him into trouble. This was meant for entertainment value. However, Years later, after developing a hatred for abusive characters in fiction, I realized the horrible truth that I had created one myself. This lead me to writing a story where Boland was placed in a foster home with a new family who loved him immensely, giving him a happy ending.

One thing I could never figure out is exactly what Species Boland is. One book review site says he’s a Brono, which has some evidence since his parents have long necks. However, Boland himself doesn’t have a long neck while his friend Stella, around the same age as him supposedly, does. I always thought he was an Allosauraus, since it’s like a smaller version of a T-Rex. Boland has been shown to be a herbivore in the books though. Then again, Tyrone has also been seen eating plants, so Boland could be an Omnivore for all we know.

I decided to do one more thing with this series. I originally meant for this series to be a Revisioning of the original children’s books, as such, many characters share the same names as the originals. However, in a rare twist, I’ve decided to show respect for the Author, Hans Wilhem, and change the names to remove the connection. Mr. Wilhem is a very kind man, I actually sent an email to him to ask a question (it turns out that they made an animated film based on the first book in Europe that was never made public) and he actually replied. As such, I apologize to Hans Wilhem for creating this mockery to his masterpiece.

From now on, this Boland is going to be called Benno, a Swiss name. I also tried to give him more dinosaur-like features, such as the head bumps and claws.