The red panda paused in her idle pacing, as two canines from her class scampered up to her.

The wind formed rapid waves along their sundresses when it blew, their pink and hot-orange leggings peeking out from underneath. Their locks and curls bobbed, held in place by flower-adorned hairpins and light-orange bows.

”Some-a us gonna play Princesses in that there castle,” the husky with orange bows said, pointing to the plastic baby-blue castle in the corner of the playground.

”Wanna join in?” Asked the poodle with a flower-reef bracelet. “We're going to have tea.” She pinched her forefinger and thumb together, and stuck out her pinkie.

”Okay,” they said, with the poodle giving a curtsy.

“We'll be in there if'n ya wanna later,” said the husky, with a wiggle of her curled tail.

”Cool,” Andrea said, holding up a pair of haphazard devil-horns.

They trotted off, hoping to make it just in time for the kettle to be whistling.

The school was actually pretty small. I… might've exaggerated the part about the lobby, just a teensy bit. But hey, I was just a little kid, and the tree you're about to climb to get the cat down from always looks taller when you first lay eyes on it, right?

First-grade and kindergarten were, at some points, combined into one amorphous blob of kids. In particular, during recess.

There I am, minding my own beeswax, when I catch a certain calico kitten trying to get away from a ring of ass-clowns.

Yes, I'm coining a collection of 'ass-clowns' a 'ring.' Credit me if you use it, or else.

Andrea idly walked around the playgrounds, her shoes stepping down firmly on the pebbles to hear and feel them compress beneath her weight. It wasn't that she was anti-social, she just liked the bit of time to herself, for the moment. She had been talking to her classmates all morning.

She couldn't recall ever having to do that much… just… regular chit-chat. It was kind of exhausting, in a way.

Her ears perked up, and her head snapped to where she had heard the frustrated words.

An orange-and-black-speckled cat was walking at a brisk pace, away from some boys that were following her.

”Where ya goin' girl?” The oldest boy questioned.

”Shut up!” The feline growled, starting to break into a sprint.

The cheetah in the group easily dashed ahead of her, pushing her back into the group that closed in around her.

”Hold up there, darlin',” the equine grinned, putting his hands on both the kitten's shoulders. “You don't gotta be scared of us. Boys ain't a'posta hit girls, right?”

The other four boys snickered.

The crowd of five snapped their heads to the right, and then down.

The feline slipped out of the distracted equine's hands, and looked to who had gotten their attention. The purple shirt was familiar, and when she next spoke the calico recognized her voice.

”Nobody invited you,” the cheetah growled.

”Heh,” the horse chuckled. “See? Even she says yer a girl; dudn't it take one to know one?”

”Huh?” The red panda lifted a brow. “Whatchya talkin' about?”

”She thaynks she's a boy,” the beaver explained, pointing at the kitten.

”Prove it,” the equine said, stepping up and pushing the calico back a step.

The red panda stepped next to the feline. “Prove it?” She asked. “Like, how? …You… askin' to see his dick?”

The other two, quieter boys took a step back.

”How you know?” The red panda countered.

”Ha!” The red panda tilted her head back in a single laugh. “Shows what you know, I got a dick.”

The beaver and the horse looked at one another.

The feline saw the boys watching attentively as the red panda pinched the waist of her jeans and pulled them out, away from her stomach. She slid a hand down the front, behind the button and the zipper. Then, she pulled the zipper down, and her hand stuck out from the fly; she stuck out her middle finger alone, wiggling it at the boys.

”Seeeeee?” She said with a grin.

The calico flinched as the equine rushed up and shoved the girl.

The red panda groaned, lying on her side with her hand still down her pants.

The beaver gave the calico a snarl, before the boys scampered away.

On the ground, the red panda rolled onto her back, and started to giggle. She pulled her hand out of her jeans, holding that elbow with the other hand. She sat up, still giggling.

”Hey… You… Okay?” The feline squatted down.

She looked to the calico, her giggles subsiding. “S-Sorry, I landed on my funny-bone and it kinda hurt,” she said.

”…And that's funny?” The cat questioned.

”I laugh when I get hurt,” the girl replied. “I'm fine,” she said, twisting to get to her knees, and then stand up. She flexed her fingers and flicked her arm a few times to work the tingling sensation from her limb. When she glanced to the cat, she was being given a very strange look. “What?” She asked.

The girl's brows flatted. “…Y'know, you're lucky I forgot what color undies I picked today.”

”I… Wasn't trying to look at your underwear.”

The calico looked toward where the boys had walked away, and the girl next to him broke into another fit of giggles.

”I'm just teasin' ya,” she said, hitting him gently with the back of her hand. “I don't really got a shit-list.”

”Your saying bad words,” the feline told her. “If the teacher hears you, you'll get in trouble.”

The red panda flashed a grin. “God dammit, sonofabitch, fuckin' ass bullshit, he_mm_,” the feline's hands closed over her muzzle to keep her from talking.

”I'm serious, you wanna get whacked with a—” The cat paused, feeling something warm and damp against the muzzle.

The red panda smirked as the cat's hands peeled away, and rubbed the spit from her lips. “S'whatchya get for coverin' my mouth,” she said.

”Hey… C'mon,” the red panda said, when the feline started to turn away.

”Dooooon't be that way,” the girl said, walking backwards next to the cat. “We met this morning, right?” She asked.

”Your name. It was something-something-roo.”

”Hmm…” The red panda put a hand to her chin. “I feel like… That's different from what you said this morning…”

Ray sighed. “My full name is Audrey, but I go by Ray,” he told her, in a tone that was a little agitated.

”Andy?” The calico asked. “I thought it was Andrea?”

The red panda chuckled with a smile. “Well… I figure, if you go by a boy's name, I can too.”

The feline looked the red panda in the eye. “Why're you saying that?”

Her hand faltered, dropping back down. “Um… You said so, to those other boys, remember?”

”You thought I was a girl this morning, though, right?”

Andy's muzzle fell ajar, before closing. She shrugged. “Ya got me.”

”So… do you still think I'm a girl, or do you think I'm a boy?” The feline asked, his brows narrowing as he asked and waited for her answer.

”Look, I just got here, it's m'first day of school,” she said, swaying her arms. “Cut me some slack, okay?”

”S'okay. Bein' honest,” she said, stepping up to the feline and rested her hand on his arm. “I don't really care. I mean…” She did a short drum-beat on her sides with thought. “I guess, I was told that calicoes was girls, but… daddy also told me not to believe everythin' I'm told.”

Andy smacked her hand on her forehead. “This is fuckin' confusin' me, now. Can you explain what you want?” After a few seconds of silence, she opened her eye, and saw the calico looked a bit sad. “What's got you, now?” She asked.

”I don't even wanna be here,” the cat hissed.

Ray whipped around. “Cuz I hate—!” He started to growl at her, but then stopped and fizzled. “…You wouldn't understand even if I spelled it out for you,” he remarked.

”Ha!” She folded her arms. “Try me. If I don't, then smack me over the head, call me stupid, and go over it again until I do.” She said, almost taunting him. “S'how my dad has to teach me, sometimes.”

Ray wrinkled his nose. “You know anything about jeans?” He asked.

”I know they're made a' denim,” the red panda replied, tugging on the belt-loop of her own pair.

The feline's eyes went half-lidded. “I figured,” he muttered. “I'm not talking about blue-jeans. I'm talking about g-e-n-e-genes.”

”Hm…” The red panda drummed her hands on her thighs again for a second. “Nope. Brain went,” she made a farting-noise with her tongue.

The feline sighed. “C'mon,” he beckoned her to follow him.

”Comin',” she said, skipping behind him.

”So… genes, the kind I'm talkin' about, are like… building blocks.” The calico said, as they headed toward a small mound of sand.

”Genes is what makes you look like how you look like. Like, your genes are what say how red your fur is, whether it's thick or thin, and how many rings you got on your tail.”

”Where are they?” Andy asked, pulling her tail up and looking at it.

”Can't see 'em, they're too small,” the feline said, picking up a stick that was lying on the ground, broken off from one of the trees nearby. “But they're all over your body, inside.”

”Sure you're not talkin' about cooties?” She asked, almost accusingly.

”Huh-uh, cooties are different.” He knelt down, brushing his hand over the sand to clear it.

She sat down beside him, crossing her legs.

”Genes are also what say you're a girl.” He quickly etched in the sand with the stick. “Two X_s make a girl,” he said, scooting back and placing the stick beneath the first _X that was etched in. “An X, and a Y,” he etched the letters, “make a boy.”

The feline, looking a bit sad, shook his head. “I'm… different,” he said, the stick moving to the left of the X paired with the Y. He drew the first line. “I've got an extra X, tagging along.” He finished the second half of the letter.

She stared at the amended drawing. “So… You're… Half-girl, half-boy?” She asked, genuinely.

She put up her hands. “Hohkay, hohkay! Simmer down, now.”

”The Y makes me a boy,” he stood, stepping on the second X. “But, no. I had to have an extra X to make me look like a girl, and that's all everybody ever sees!” His shoe ground into the sand as he spoke, digging a shallow trough where the letter had once been.

Just then, the teacher sitting next to the school began ringing the bell, the sound carrying across the playground.

”Told you wouldn't under_stand_,” the calico growled bitterly, throwing the stick down to the ground with such force that it cut the air. He dashed back toward the building.

Andrea stared at the sand, where the letters had been etched; the one angrily shunned and snuffed, unrecognizable.

”Hey, Andrea,” the poodle said as she passed, “that bell means we have to go back in.”

”I know,” the red panda replied. She leaned forward, and very hastily redrew the letter in the dark blotch of sand, and stood. “Let's go.” 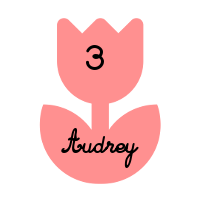 Finished reading? Please consider giving me feedback. If you prefer a more guided approach, please respond to the following: