Worlds Overlapping Not Colliding by leinir 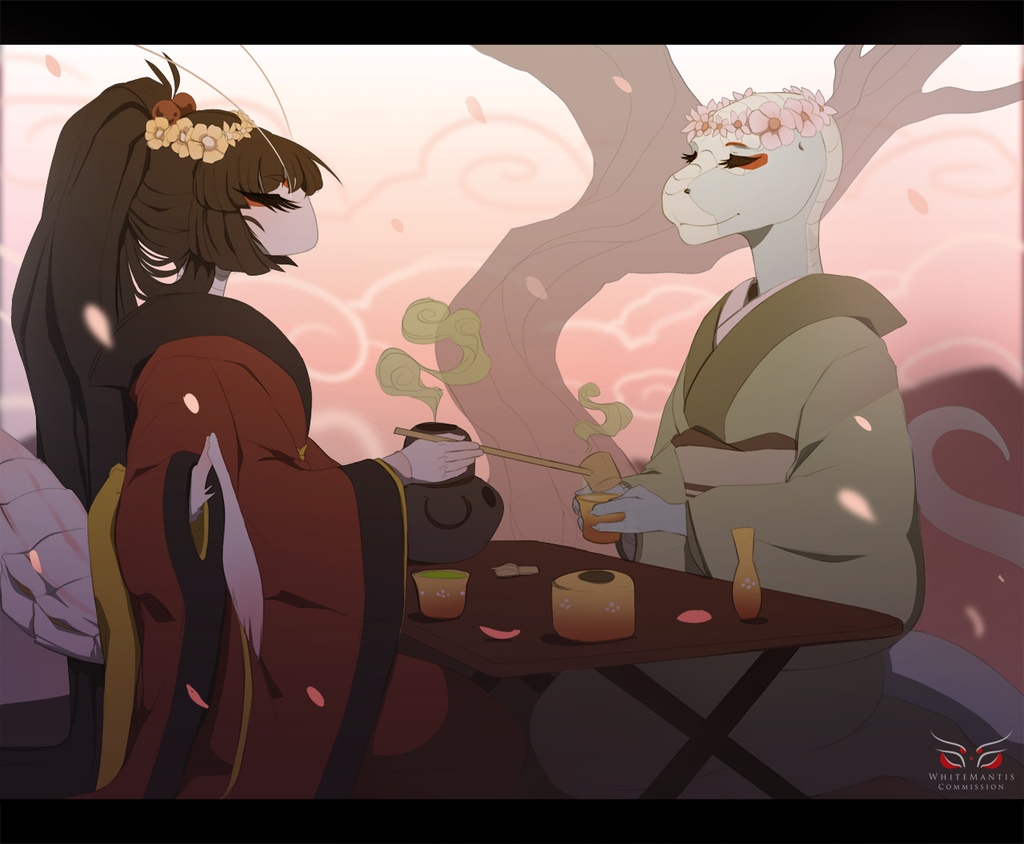 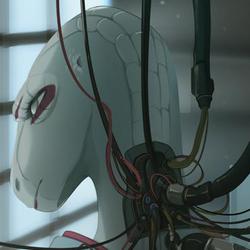 For geisha, an incredibly important part of life is the tea ceremony. As it turns out, this is true both of those found in a future incarnation of Kyoto, such as Curacao, as well as those geisha found in

WhiteMantis's Greatland world, such as Nae. Normally, of course, people from Earth would never be able to visit Greatland, given the pressure is very high and you would pretty much end up squished by it. Curacao is lucky, though, being as her body is robotic and thus not limited by that.

At least, that is what we decided, in this entirely non-canon-for-both situation in this beautiful piece by WhiteMantis, in which the now fully trained geisha Curacao is partaking in a tea ceremony by the very proper and respectful maiko Nae. This would seem to take place during what we can only assume is a diplomatic visit to Greatland, which it turns out has many similarities to Curacao's home.

(no, again, this is not canon for either character, but hey, who could say no to sharing the tea ceremony with Nae, right? :) )

For something that is canon for Curacao, you can always read Geiko Eien Ni - Eternally Geisha :)