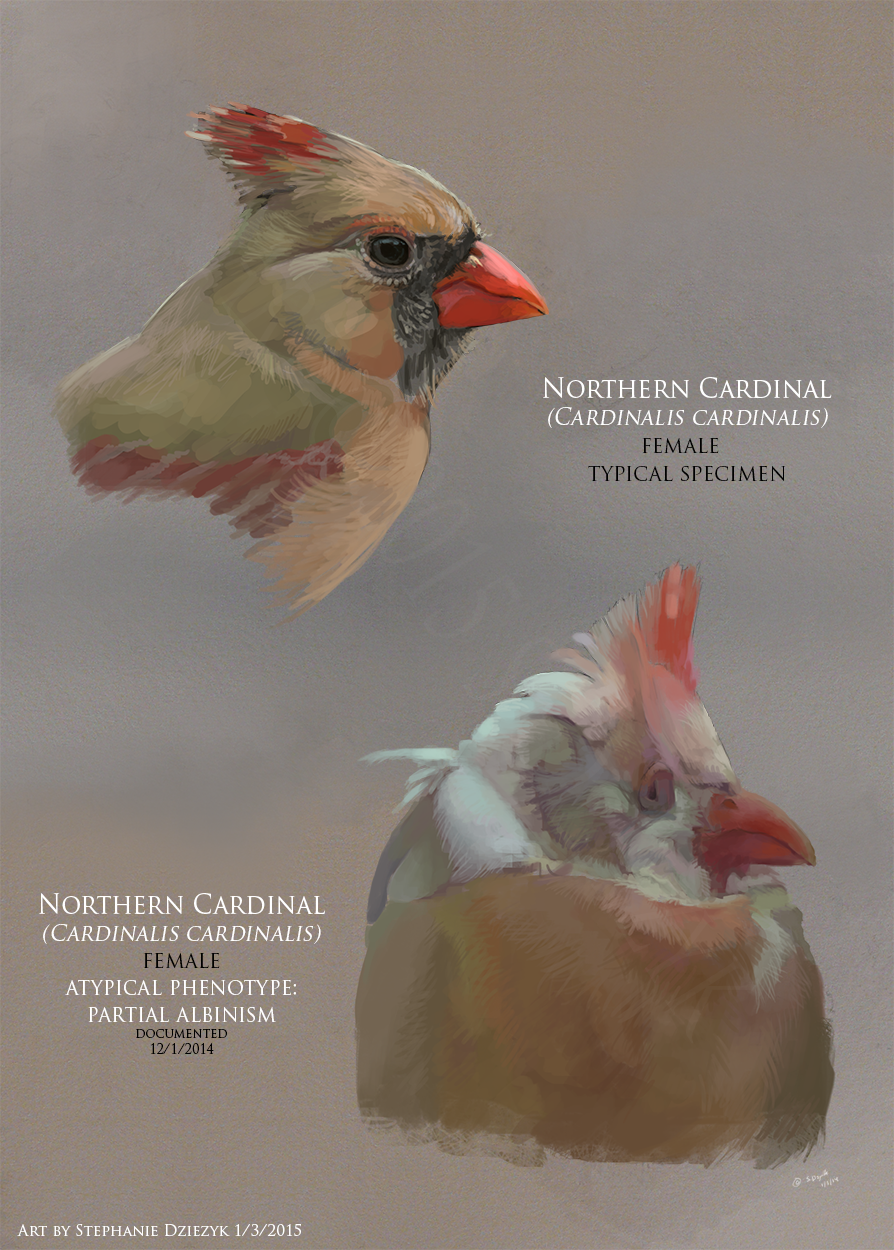 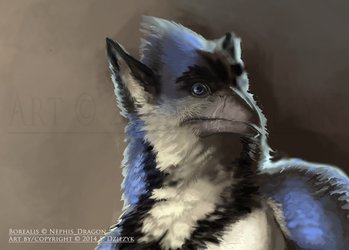 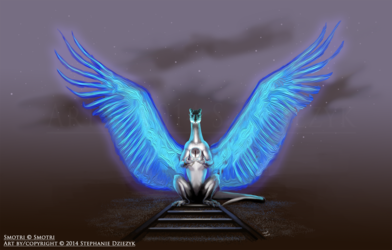 Early in December of 2014 I took photos of an unusually colored Northern Cardinal (Cardinalis cardinalis), and painted the individual from said photos to compare against a typical cardinal female. I did not get a chance to see the same individual again until just today actually - she's accepted by her flock of fellow cardinals, and seems to be healthy.

The aberrantly colored female seems to be exhibiting what may be partial albinism - a lack of melanin in the eyes distinguishes this from being partial leucism. Also, note the lack of a black 'bib' and edging around the bill - the melanin that comprises the bib and the eye color appears to be lacking completely. The bill itself appears to be slightly decurved (curved downward) as well, another distinguishing feature that sets it apart from the typical phenotype of this species.

I was initially going to create this in watercolor pencils, but I became too lazy to complete the image. This took much less time, and was more easily able to be altered to make the image as accurate as I wished it to be.

Art by/copyright © 2015 S. Dziezyk. Do not redistribute for profit without personal permission from me, the artist.