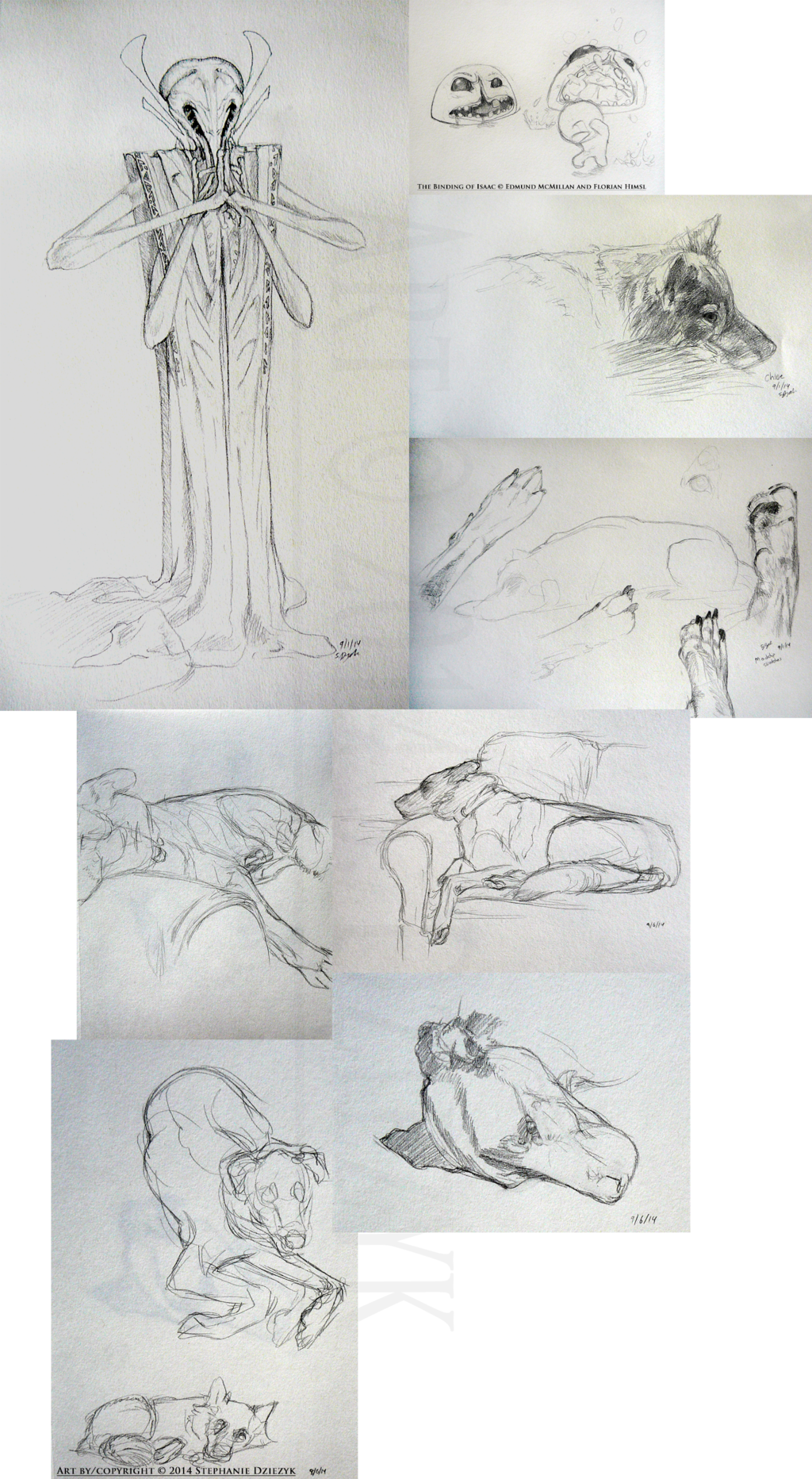 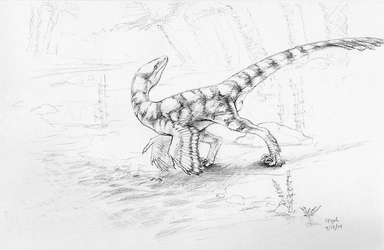 I haven't been too terribly productive lately in terms of art, but I've been making sure that I do a few sketches every other day or so, no matter how crappy they are. Add into it the new little sketchbook I received a few weeks ago, and I've decided to dedicate it to patently non-dragon subjects.

So, here you have an alien heavily inspired by the Ethereal from XCOM: Enemy Unknown, some Binding of Isaac fanart featuring one of the first bosses I was exposed to that truly made me realize I wasn't in Kansas anymore (I love you, Monstro ^^), and sketches of the dogs I'm currently pet-sitting. I swear, I have to gush about that game at some point - I mean, 156 hours played within the span of a year?? That really has to say something about how much I love it.