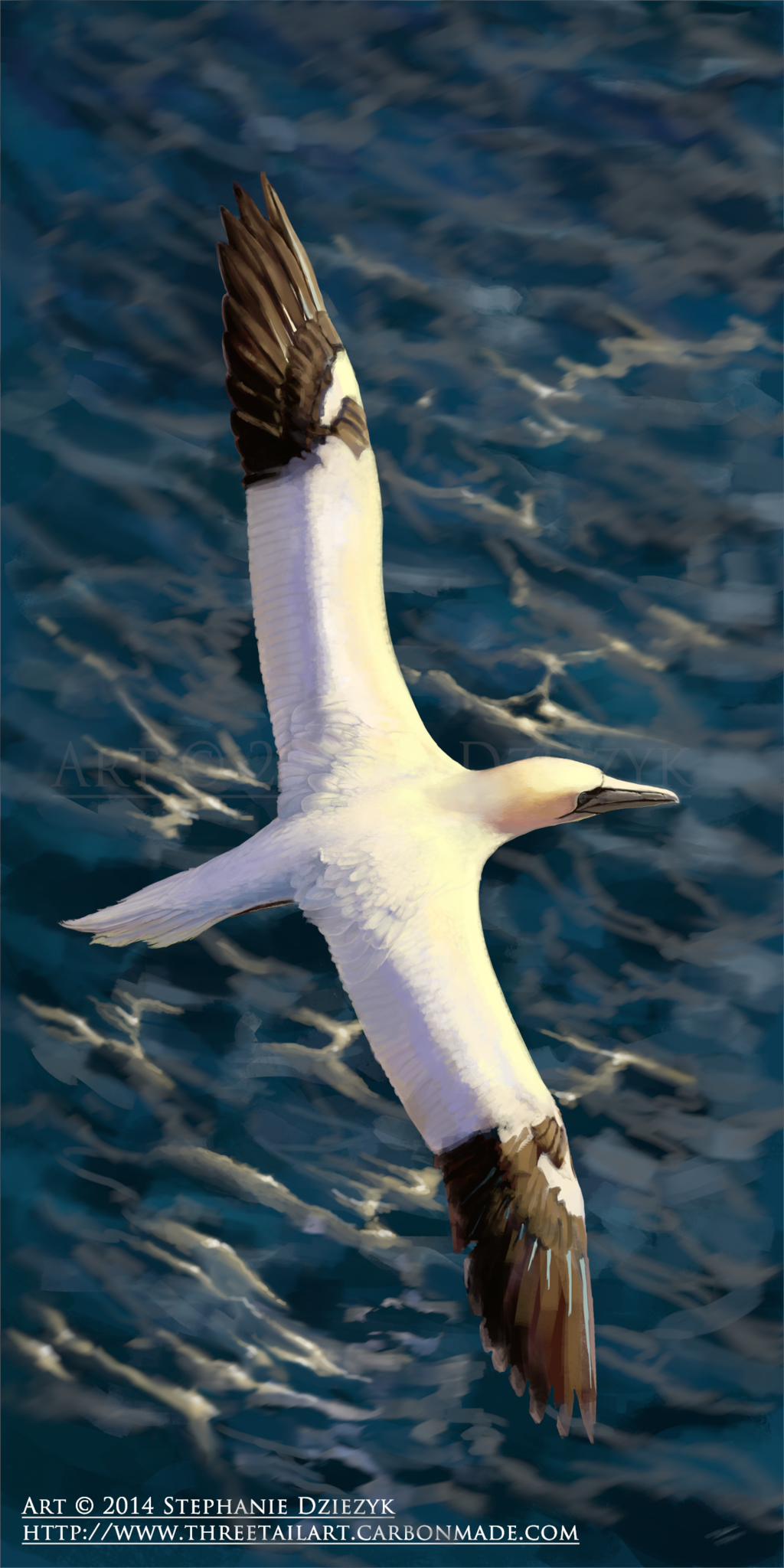 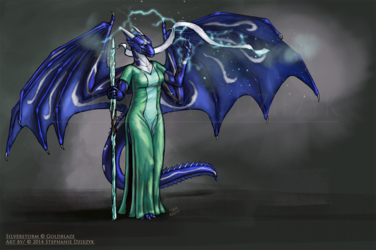 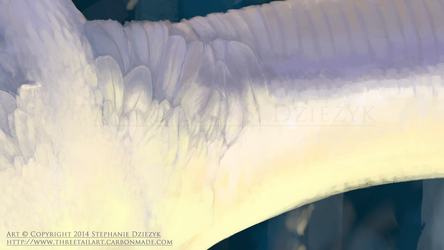 The Northern Gannet (Morus bassanus) is one of the largest members of the Sulidae family, and range across much of the North Atlantic, from the eastern US and Canada to the coastlines of Greenland, Iceland, France, Germany, Scandinavia, and the UK. They are most famously known for their characteristic and striking body color and silhouette, and for their distinctive plunge-diving behavior in pursuit of fish or other prey items too close to the water's surface.

This painting is one that I had an immensely good time creating - Gannets are a very beautiful bird to me, and incredibly striking in their behavior. I initially created this to potentially have it exhibited soon, but I would like to offer prints in either case. This painting is meant to be printed at 2 feet high, and would make an eye-catching image for the end of a hallway, on a staircase landing, or in a long, thin visual space. I used a lot of reference for this image, but created the pose and lighting from scratch, copying no particular image viewed during creation.

I would really love to keep working on images like these, and I may come back to this one to render the waves much more thoroughly. That could be a 20 hour job, though, so I only will if time permits. The original resolution of this image is waaay too big for online sites, but I will be uploading detail shots very soon, and might even offer select views as wallpaper.

I surely hope that you enjoy this painting - it is a new direction for me, and I am very happy with the outcome.

Art by and © Copyright 2014 Stephanie Dziezyk. Do not redistribute, copy, alter, etc., any portion of this image without personal permission from me, the artist.