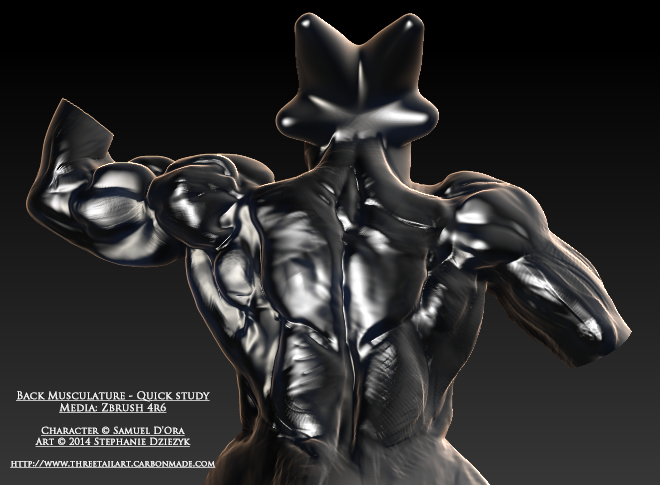 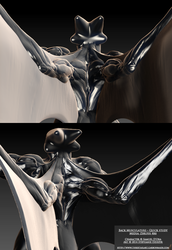 I was requested by Samuel D'Ora to get a screenshot of the back of his reference model, but I somehow lost the original model. So, after re-sculpting the back only, from a bodybuilder reference to go by, I completely forgot to add in his wings. XD So, while this model is not really useful to the commissioner until the wings are included, I thought that I would submit this anyway for those who might enjoy seeing what was done.

I also did some experimentation with adding several light sources to the SilverFoil matcap, backlight for a semblance of rim lighting, and a wax material modifier (cooling the wax's color temp as well), and the result is pretty close to the character's skin complexion ! I am happy with how it turned out, though it looks like a right mess and the form is unintelligible from far away. Oh well - learning is a process!

Critique and comments are happily accepted. : ) Thanks for looking!