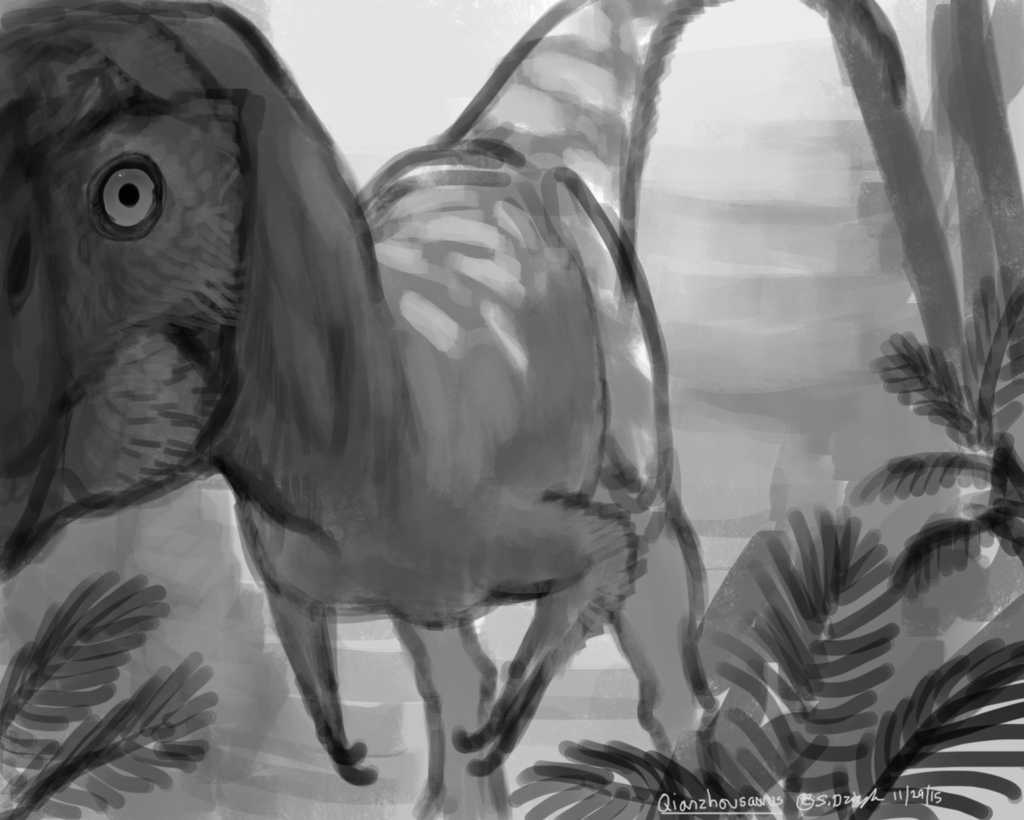 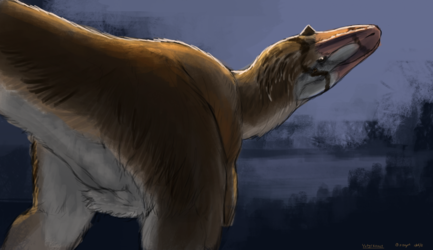 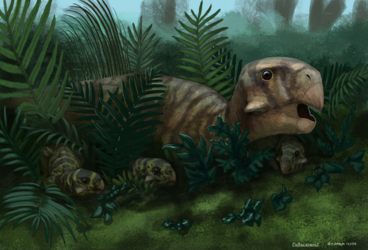 This tyrannosaurid is mirroring the Amargasaurus I painted way back. Seems like this guy is curious about the person looking back at it!

"Qianzhousaurus is a genus of tyrannosaurid dinosaur. There is currently only one species named, the type species Qianzhousaurus sinensis.[1] Nicknamed "Pinocchio rex" for its long snout in comparison to other known tyrannosaurs, it was discovered in southern China and first published in the journal Nature Communications in May 2014. [2] Aside from its signature snout, it also had long, narrow teeth, while T. rex had thick teeth and powerful, deep-set jaws. The bones were discovered by workmen at a construction site near the city of Ganzhou, who then took them to a local museum.[3]

Lead author Professor Lü Junchang from the Institute of Geology, Chinese Academy of Geological Sciences stated that "the new discovery is very important. Along with Alioramus from Mongolia, it shows that the long-snouted tyrannosaurids were widely distributed in Asia. Although we are only starting to learn about them, the long-snouted tyrannosaurs were apparently one of the main groups of predatory dinosaurs in Asia."[4] The existence of long-snouted tyrannosaurs was previously suspected due to other inconclusive fossil finds, that could be explained as the juveniles of short-snouted species, but co-author Stephen L. Brusatte from the University of Edinburgh reveals that the find "tells us pretty unequivocally that these long-snouted tyrannosaurs were a real thing. They were a different breed, living right at the end of the age of dinosaurs."[5] Examination of the rock encasing the Fossil shows it is probably from the Red Beds of the Nanxiong Formation, which date to the Cretaceous–Paleogene boundary about 72-66 million years ago." - Wikipedia