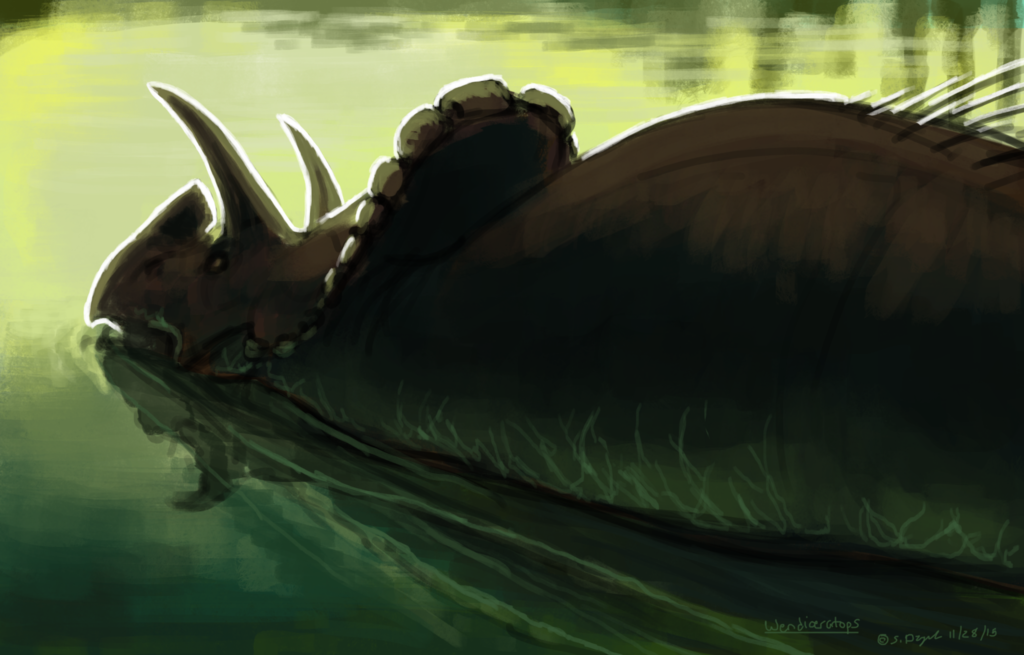 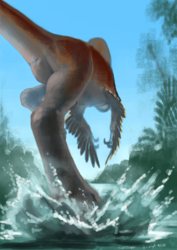 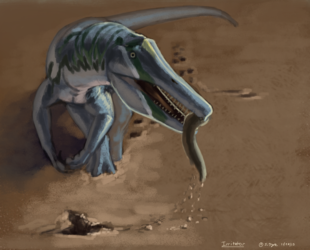 Another ceratopsid that I had not heard of before, painted cooling off in the local pond.

"Whereas centrosaurine species each possessed a unique pattern of frill ornamentation, their postcranial skeleton, the parts of the body behind the skull, was very conservative, i.e. it showed little variation. Accordingly, the describers could find little of distinction among the Wendiceratops postcranial bones. An exception was the ischium. In other centrosaurines this pelvic bone had, in side view, the widest point of its shaft at midlength. The ischium of Wendiceratops however, grew wider towards its lower end, resulting in a generally rectangular shape.[1]

Though most specimens were robust, apparently of adult individuals, some bones were of juveniles. Two shinbones were found with a length of just twenty centimetres.[1]

Being found in the Oldman Formation, Wendiceratops shared its habitat with other dinosaurs such as Daspletosaurus, Paronychodon, Troodon, Albertaceratops, and Parasaurolophus. The authors pointed out that after the discovery of Wendiceratops, no less than five ceratopids are known from the lower Oldman or coeval North-American formations, in addition to Albertaceratops also Judiceratops, Medusaceratops and Avaceratops. They assumed this was made possible by ecological specialisations and also indicated a high faunal turnover, a quick succession of related species.[1]" - Wikipedia