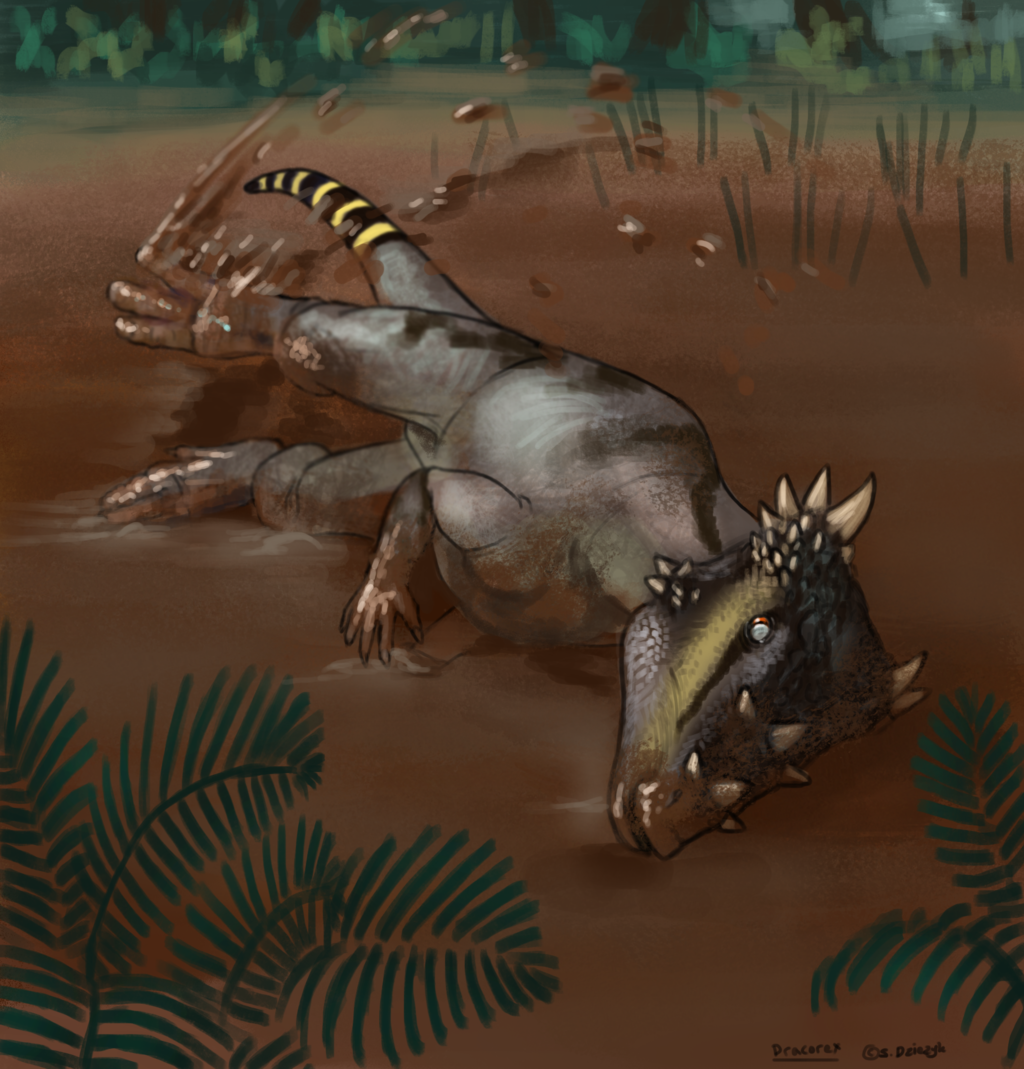 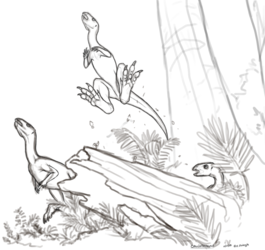 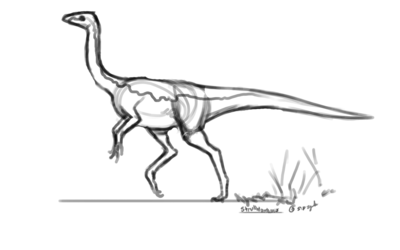 This potential juvenile and/or female Pachycephalosaurus is rolling around in the mud to give itself a good protective layer from the sun. The funky thing on the eye is a nictitating membrane, which protects the eye from debris.

"Dracorex may actually be an individual of the closely related Stygimoloch and/or Pachycephalosaurus in which the dome and horns are not well-developed, either because the animal was a juvenile or a female. This consideration was supported at the 2007 annual meeting of the Society of Vertebrate Paleontology.[3] Jack Horner of Montana State University presented evidence, from analysis of the skull of the single existing Dracorex specimen, that this dinosaur may well be a juvenile form of Stygimoloch. In addition, he presented data that indicates that both Stygimoloch and Dracorex may be juvenile forms of Pachycephalosaurus. Horner and M.B. Goodwin published their findings in 2009, showing that the spike/node and skull dome bones of all three 'species' exhibit extreme plasticity, and that both Dracorex and Stygimoloch are known only from juvenile specimens, while Pachycephalosaurus is known only from adult specimens. These observations, in addition to the fact that all three forms lived in the same time and place, lead them to conclude that Dracorex and Stygimoloch may have simply been juvenile Pachycephalosaurs that had lost their spikes and grew domes as they aged.[4] The researchers were unable to destructively sample the Dracorex skull,[2] and had to use a cast of the skull for descriptive purposes.[4] A 2010 study by Nick Longrich and colleagues also supported the hypothesis that all flat-skulled pachycephalosaurs were juveniles, suggesting that flat-skulled forms, like Goyocephale and Homalocephale, represent juveniles of dome-skulled adults.[5]" - Wikipedia.