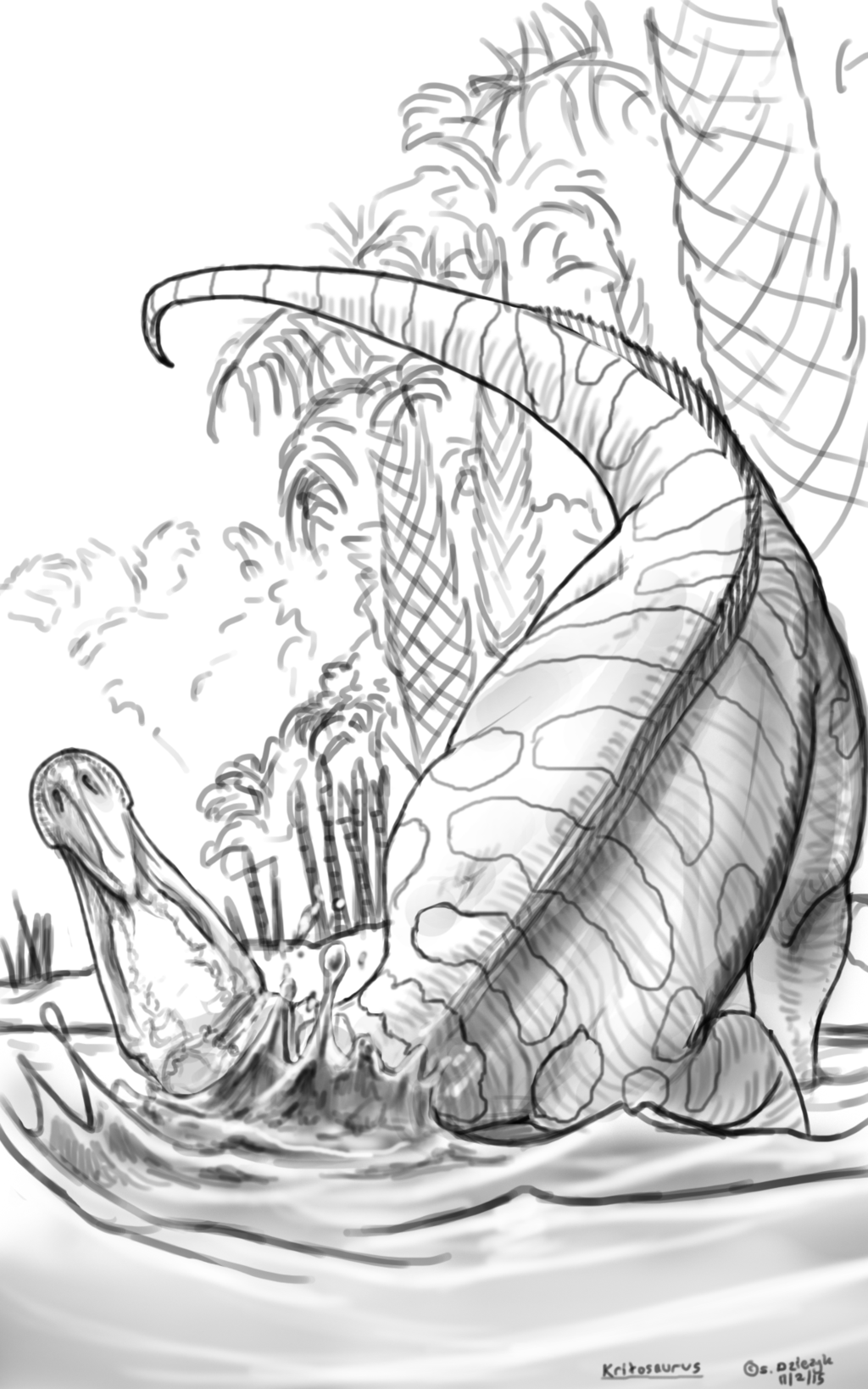 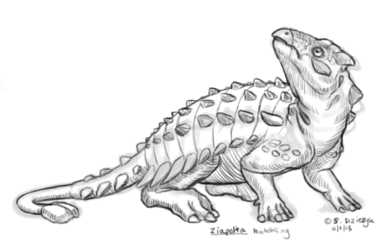 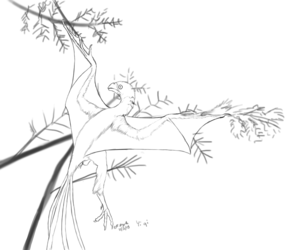 Day 2, with a Kritosaurus and some splashing around in the local pond!

Kritosaurus is an incompletely known genus of hadrosaurid (duck-billed) dinosaur. It lived about 74-70 million years ago, in the Late Cretaceous of North America. The name means "separated lizard" (referring to the arrangement of the cheek bones in an incomplete type skull), but is often mistranslated as "noble lizard" in reference to the presumed "Roman nose" 1. Despite the dearth of material, this herbivore appeared frequently in dinosaur books until the 1990s, although what was usually represented was the much more completely known Gryposaurus, then thought to be a synonym.

Kritosaurus was discovered in the De-na-zin Member of the Kirtland Formation. This formation dates from the late Campanian stages of the Late Cretaceous Period (74 to 70 million years ago),[11] and is also the source of several other dinosaurs, like Alamosaurus, a species of Parasaurolophus, Pentaceratops, Nodocephalosaurus, Saurornitholestes, and Bistahieversor.[27] The Kirtland Formation is interpreted as river floodplains appearing after a retreat of the Western Interior Seaway. Conifers were the dominant plants, and chasmosaurine horned dinosaurs appear to have been more common than hadrosaurids.[28] The presence of Parasaurolophus and Kritosaurus in northern latitude fossil sites may represent faunal exchange between otherwise distinct northern and southern biomes in Late Cretaceous North America.[29] Both taxa are uncommon outside of the southern biome, where, along with Pentaceratops, they are predominate members of the fauna.[29]

The geographic range of Kritosaurus remains in North America was expanded by the discovery of bones from the late Campanian-age Aguja Formation of Texas, including a skull.[30][31] Additionally, a partial skull from Coahuila, Mexico has been referred to K. navajovius.[7] A partial skeleton from the Sabinas Basin in Mexico was described as Kritosaurus sp. by Jim Kirkland and colleagues,[3] but considered an indeterminate saurolophine by Prieto-Márquez (2013).[7] This skeleton is about 20% larger than other known specimens, around 11 meters [36 ft] long, and with a distinctively curved ischium, and represents the largest known well-documented North American saurolophine. Unfortunately, the nasal bones are also incomplete in the skull remains from this material.[3] - Wikipedia.

Art © 2015 Stephanie Dziezyk. Do not reuse for monetary or personal gain.