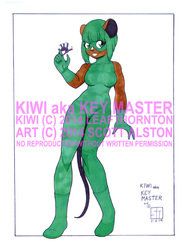 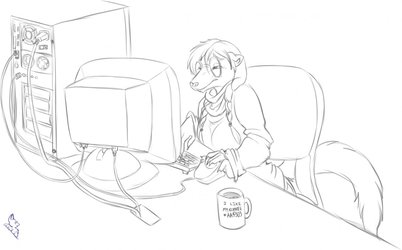 This is a heroine character I had planned to create, but didn't exactly have the chance to get drawn until now. Her name is Resonance with the civilian name Caroline Trenton. She is capable of creating shock waves with her hands and feet. The mink must concentrate on her ability to use it.

She is a computer analyst in both the Bureau of Superheroes base in Chicago, Illinois as well as in a computer company she works at. She dresses herself up in a rather frumpy way as a civilian and can be shy around people at times.

Unfortunately for her, she only remembers her name and birthday. Prior to coming to Chicago, she had lost her memory in an incident in the southern part of the United States. She hopes to eventually figure out who she really is someday.

Character belongs to me.
Artwork and character design done by bluwolf0.
BOS/Colmaton world belong to TRAIN and MojoRover.