Kiwi aka Keymaster by Leaf Thornton 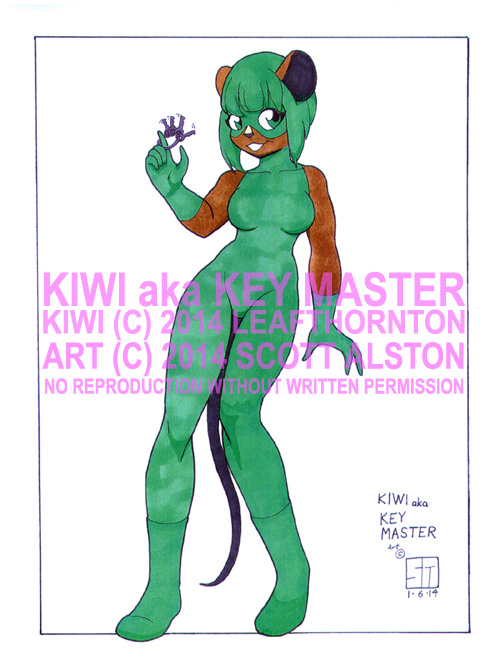 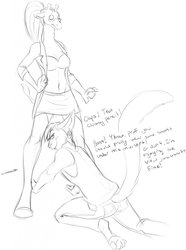 Kiwi is actually an adoptable I got some time ago and decided to bring to Colmaton. She had come to La Rouge's nightclub for fun, only to be captured and nearly sold as a slave. In the confusion caused by Alice, Yashira and Phantom, the slaves as well as Kiwi made their escape. Kiwi, however, soon discovers her ability to open doors with a simple touch of her hands.

After the events at the nightclub and she is on her own, Kiwi decides to use her abilities to help others. She makes herself a costume and dubs herself Keymaster. She would go on to learn karate to defend herself as well as being able to use certain tools like batons and tasers.

Keymaster can unlock almost any door in her sight with the exception of more complex locks like fingerprint scanners and eye scanners. If there is more than one lock to be dealt with, it takes some more time. Her experiences at La Rouge's club make her go after slavers as well as kidnappers and whatnot.