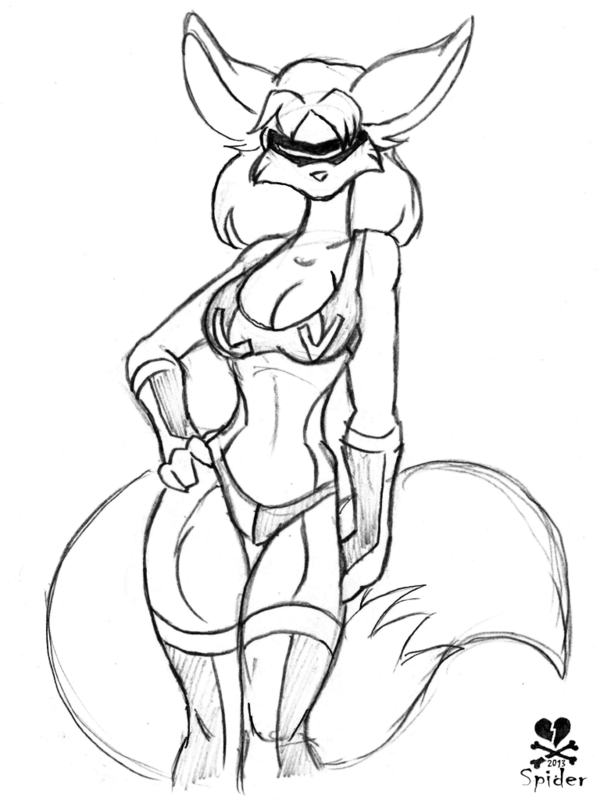 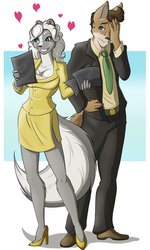 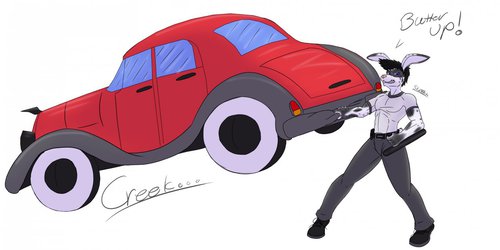 This is the newest character for Colmaton that Sam-gwosdz on FA and I came up with.

Miranda Scopes was a famous actress from Hollywood, staring in multiple films from action flicks to romances. However, she would always wear a pair of sunglasses over her eyes, never taking them off. People were baffled by behavior, knowing she wasn't blind.

In truth, it was to hide a secret she didn't want to reveal to the world. As a teenager, the irises of her eyes mutated, shining a ruby red. Before she knew it, her eyes fired out a powerful laser blast, cutting down nearby tree with ease.

Horrified and ashamed, she decided to hide her eyes from that day forward with her sunglasses. She never revealed them again to anyone, including her parents.

However... An encounter with French Rose exposed Miranda's secret for the first time in years, no longer being able to hide it for herself. It was thanks to intervention from Miracle and Phantom, however, that she eventually decided to no longer deny her gift to the world and embrace it instead

After that day, Miranda decided to adopt the name Laser Vixen. And the rest, as they say, is history.