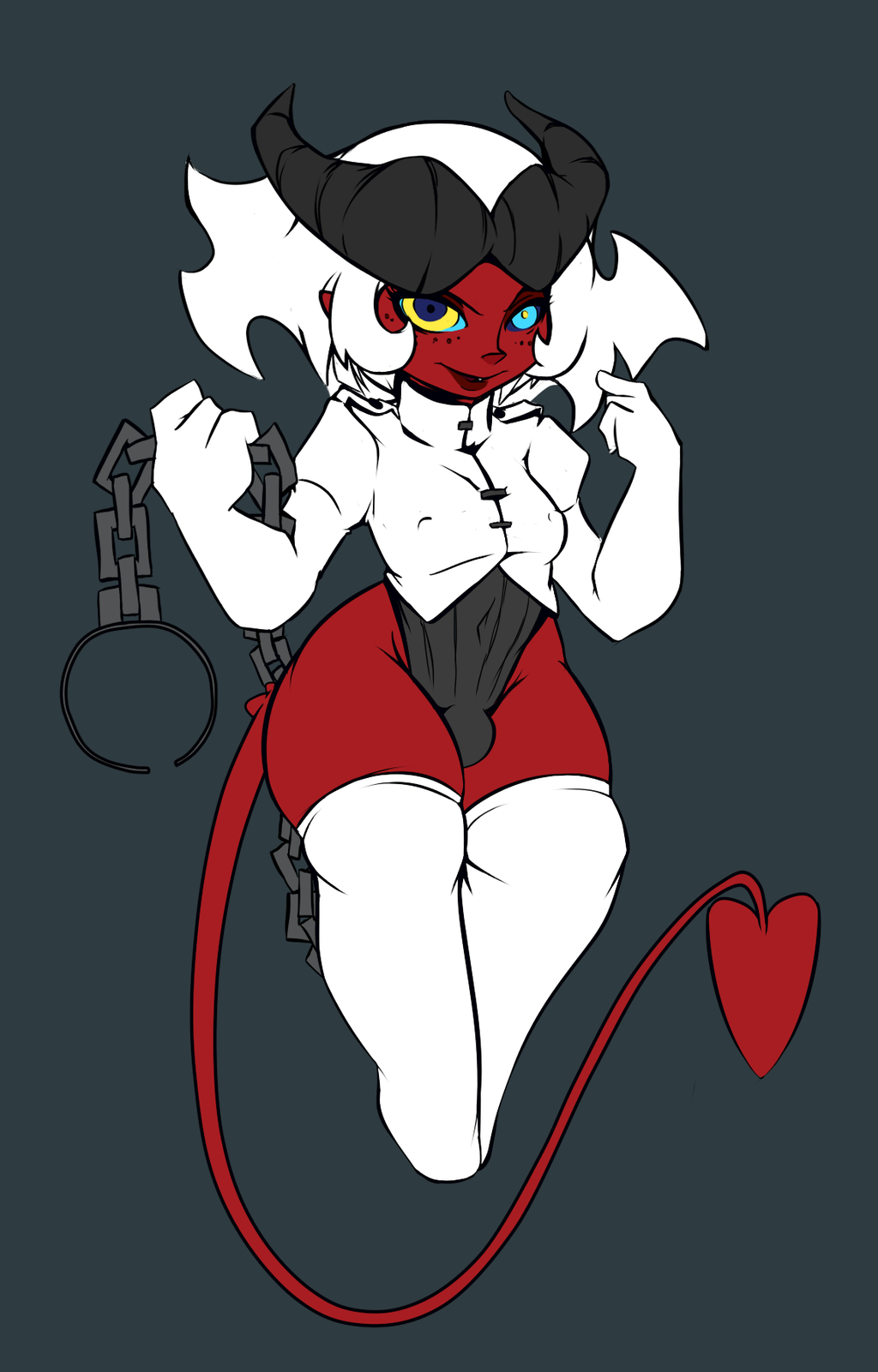 This was actually done around the same time as the Lavender Bunny redesign, however wanted to hold on posting until I had finished some related media. Ange is a mind controlling and corrupting short stack imp who likes to turn others into loyal imp minions of the same red skinned, white haired variety as them. Ange can appear as either gender, depending on mood (or which the person playing the victim prefers). The new design alters the outfit a bit, changes the horns to being more of the wrapping around the head sort, and the hair takes on a somewhat supernatural form, flickering and shifting like tongues of flame around the edges (think like Celestia or Luna's hair, always moving and seeming more magic then physical.) The transformation method has changed as well, with Ange now using a sort of conventional hypnotic stare to pacify and tempt the victim, luring them into their control, before slipping on the chain and collar, from which spreads the corruption turning them into a loyal demonic minion.