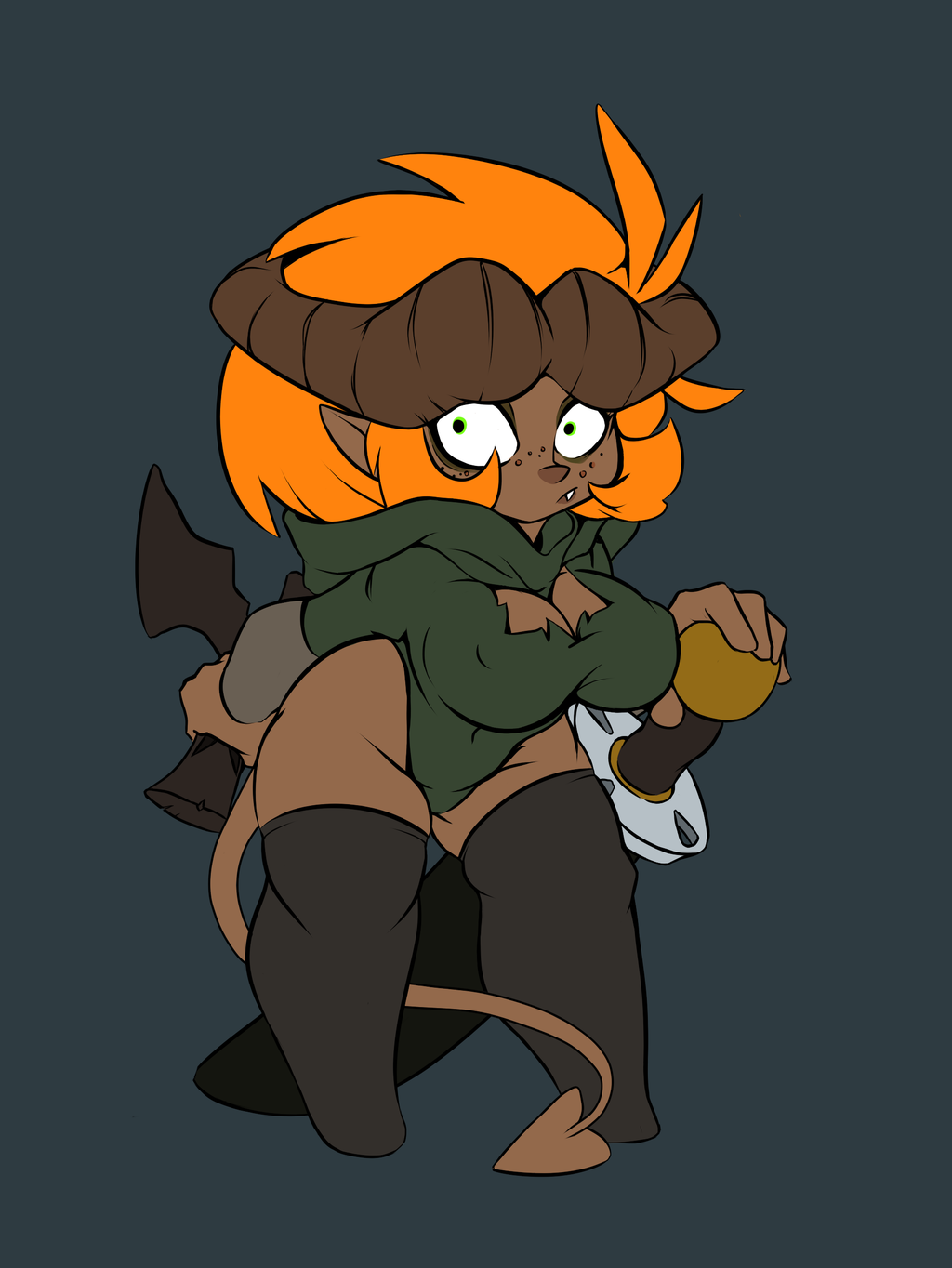 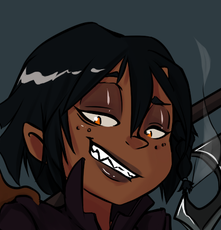 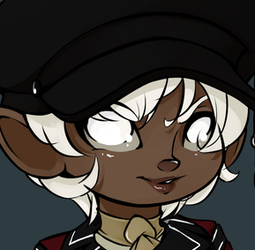 And now the tiefling from the r/l campaign (Rise of the Runelords.) So apparently tiefling can be born from any of the core races (this from our DM) so rolling with it, I made a tiefling born to halfling parents. She's a druid (bat shaman archetype) in what was meant to be a lighthearted fun campaign (started after we got fatigued by the far more dark and serious Wrath of the Righteous) and has since become a zany comedy featuring this little thing who thinks she's a bat, a flaming gay dwarf with a rainbow beard (funny thing he's the only one to score so far in the campaign), a most likely insane gnome sorcerer who keeps trying to make disguises out of things we kill (and parts of the dwarf's beard), a geeky cultist (very funny thing, he could have been the first to score in the group but his sense motive is crap and completely missed the very obvious hints from the slutty shop owner's daughter who was practically throwing herself at him), and the only sane member of the group, the elf dervish.